It's A Dog's Life For Pumpkin The Raccoon

Pumpkin the Raccoon's prospects were dim after falling out of her nest, breaking a leg and being abandoned by her mother. 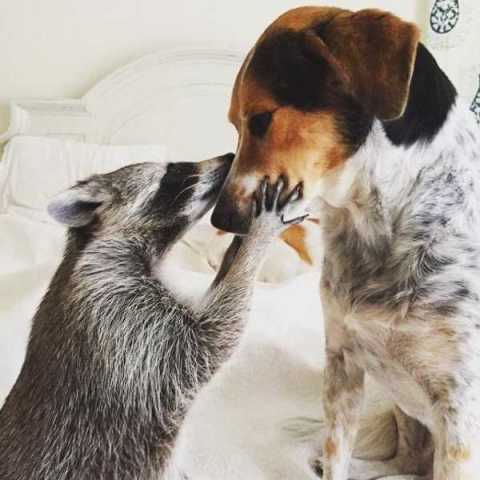 Things changed fast, however, when a caring family with two rescue dogs took Pumpkin in and made her a welcome part of their interspecies family. Rosie Kemp, owner of the Bahamas property Pumpkin fell into a year ago, decided she would become the tiny critter's surrogate mother. 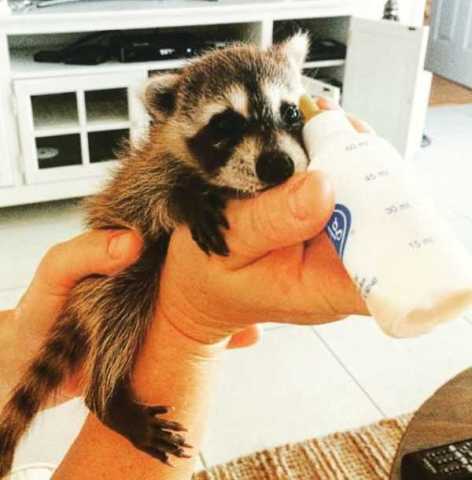 Assisted by her family and their pair of rescue dogs, Pumpkin thrived and gradually weaseled (pardon the mixed metaphor) her way into all of their hearts. It's only natural for Pumpkin, who hasn't interacted with any other raccoons since falling from her nest one bright morning. 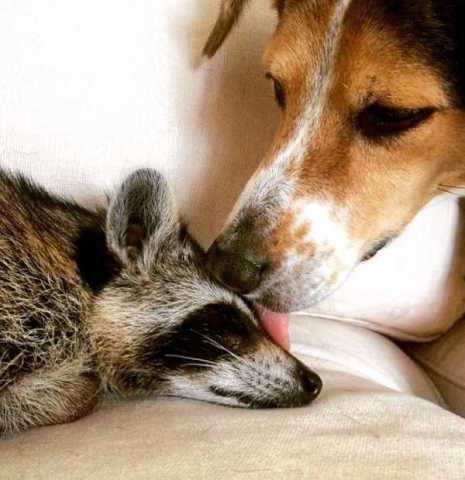 Her human minders have had to make adjustments as well. “Raccoons are NOT pets, they are wild animals, so they are quite moody,” explains Laura Young, Rosie's daughter. “Unlike dogs and cats, they are not domesticated. Like a spoiled child, if she doesn’t get her way she will let you know.” 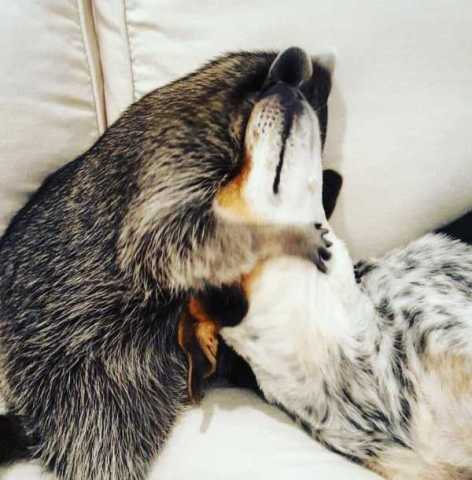 At this point we should remind readers that it's legal to own raccoons in the Bahamas – North Americans need not apply and with very good reason: raccoons on the continental mainland often carry rabies while the disease is relatively unknown among wildlife in the Bahamas. 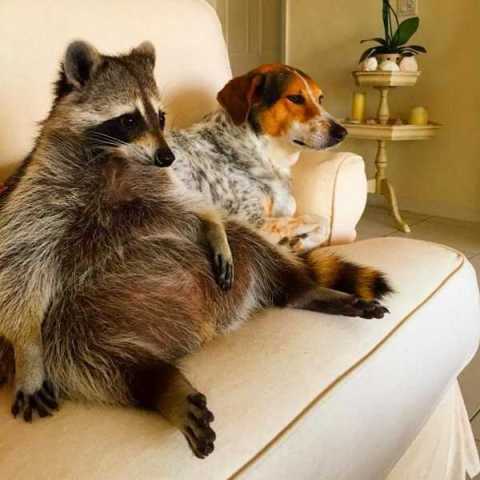 The old maxim “Don't try this at home, kids” has never been so apropo, and if you should see an abandoned or injured raccoon your best bet is to contact your local animal control agency. Should the raccoon bite you, it will be euthanized and tested for rabies... not a happy ending for anyone concerned! 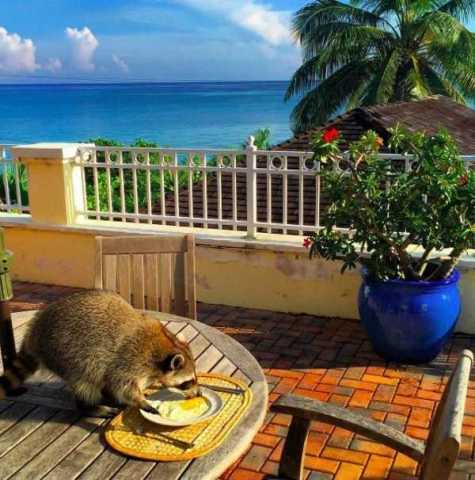 As for Pumpkin, she's learned a lot from her canine “cousins” and seems to think she's one too. The three furry friends enjoy relaxing by the pool, dining on watermelon and sunny-side-up eggs (Pumpkin's fave foods, according to Young) and snuggling on the sofa while watching TV. “She now thinks she is a dog,” says Young. “She's able to play and be rough with them but she respects them when they've had enough.” 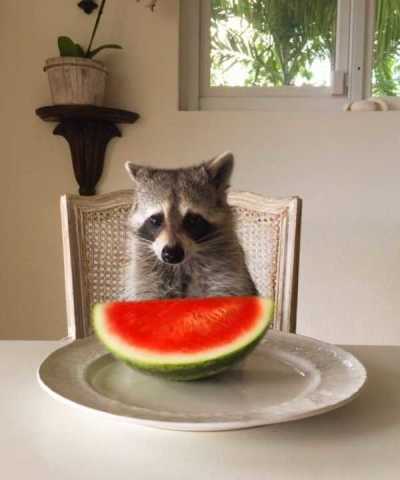 Rosie Kemp and her family know that Pumpkin is the exception, not the rule when it comes to rescued wildlife whose true natural place is in the wild. That just wasn't possible with Pumpkin due to the circumstances in which she was found. 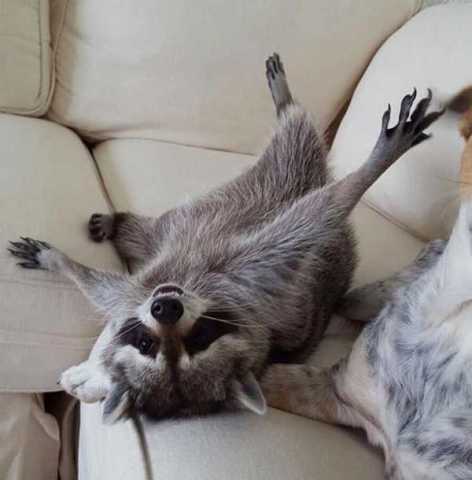 “We are very lucky with her and always want and will do what is best for Pumpkin,” says Laura Young, “but for now she is very happy with us and the dogs!” (via WebEcoist and The Dodo)

Should Robots Awarded Citizenship Be Considered Pets?
Family Suing City After Their Dog Was Killed By Police
Comments