As if the Middle East wasn't beset by enough trouble, a unique strain of Methicillin-resistant Staphylococcus Aureus (MRSA) bacteria has begun stalking the long-suffering men, women and children of the Gaza Strip. In an effort to determine the source of the “superbug” and then determine an effective way to fight its spread, a 30-member investigative team was assembled from Israeli and Palestinian researchers. 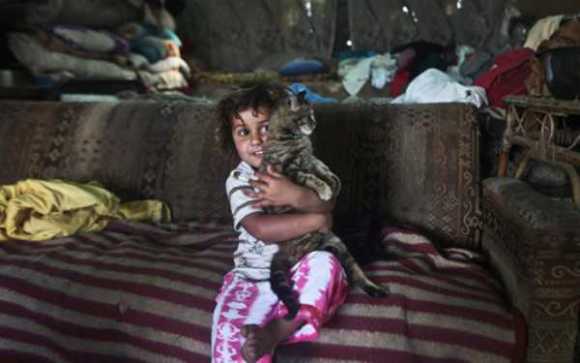 Upon getting the go-ahead from both sides of the simmering conflict in January of 2009, the project immediately set out to measure the prevalence of the bacterium in the general population, and after testing 600 people (300 children and their parents) it was found that the strain of MRSA affecting 15% of the population was very similar to a strain affecting hospital patients in Europe... but with some differences. 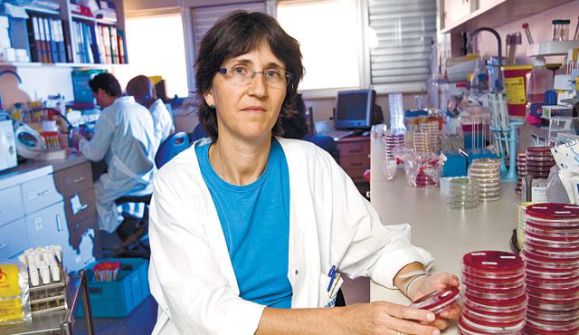 “We found that the bacterium is transmitted very rapidly in Gaza,” explained Dr. Gili Regev-Yochay (above), a researcher at the infectious disease unit at Sheba Medical Center in Tel Hashomer who is one of the physicians participating in the project. “At first we thought it came from a European volunteer and spread because of the overcrowding, but genetic markers of the Gaza bacterium make us believe that it's a different strain.”

The Gaza strain also differed in its mode of transmission, clues to which became apparent when the researchers noted that families with pet cats experienced a higher risk of MRSA contagion. “The bacterium is liable to be transmitted from person to person via animals,” summed up Regev-Yochay, “and our findings raise the suspicion that there's a connection between the spread of the bacterium and the many cats in Gaza.”

The curious cat connection doesn't bode well for the symbiotic relationship between cats and humans in Gaza. The overcrowded cities in the enclave continually struggle to provide basic sanitary services, with waste pick-up and treatment being a scatter-shot affair at the best of times. Residents have come to depend on cats to control the hoards of rodents that swarm over Gaza's landfill sites. Cats, rats and crowded conditions... it sounds like a recipe for disaster, one we've heard of before.

Let's hope the joint research project can get to the bottom of the Gaza MRSA crisis quickly and effectively, as naturally occurring bacteria are not known for respecting artificial walls or borders. (via Haaretz, images via Voice from Gaza and My Hanitizer)