The “Heartbeat 50m” human vs dog race held in the Chinese city of Changsha featured various people – many dressed in costumes – being chased by specially trained dogs. The event three-day event running (literally) from May 16th through the 18th as held at Changsha Orange Island Beach Park. 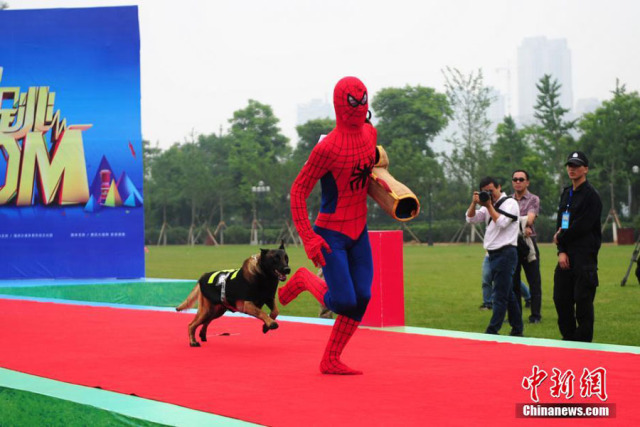 Calling this a race is a bit of a misnomer: it's actually more of a race FROM dogs than a race WITH dogs. In a nutshell, humans must run along an obstacle-strewn course, chased by a dog. Success means reaching the end of the 50-meter (164-ft) long course and hiding in a large cage. 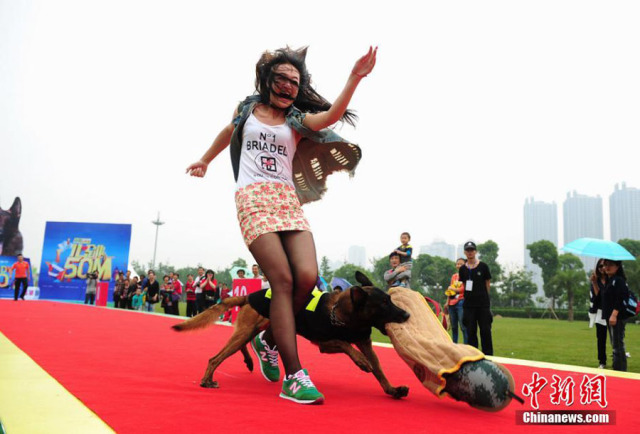 As can be seen in the accompanying images from CRI, each human runner wears an outsized “sleeve” made of tan cloth. The dogs have been trained to restrain fleeing suspects by grabbing the cuff of their sleeve; in this case they'll grab at the tan sleeve to arrest the runner's progress. 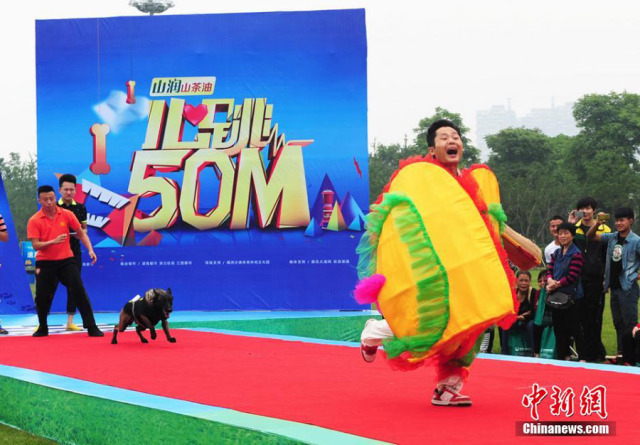 Winners receive a free mobile phone and, presumably, bragging rights. In fact, everyone wins: city authorities show off their K9 squad's abilities and the dogs, well, they have a dog-gone good time chasing the cosplay criminals. (via CRI)