Have Sharknado On Demand 24/7

What do you get when you cross sharks with cheesy science fiction
movies? Sharknado! Those feared denizens of the deep are airborne now! 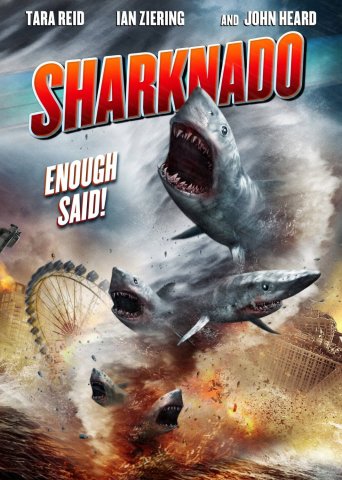 While the entire concept is totally farfetched it may be just that that helps make this such a wonderful movie. It doesn't take itself too seriously, and, despite the massive carnage, it is taken tongue in cheek. It was originally released in theaters to an underwhelming response. It then went on to be shown on SyFy and things started to change quickly.

The movie was so popular that after the sharks and their waterspout/tornado decimated Los Angeles the film-makers decided to do it all over again, moved the sharks east, and had them take a bite out of New York in Sharknado 2. It is a great deal of fun to watch for all of the famous cameos in the second movie. 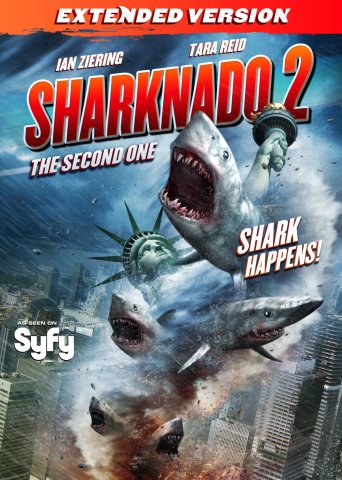 Fear not! That was not the end of the Sharknadoes. On Wednesday, July 22, the sharks are back again and this time they are taking on the entire East Coast. Make a note so that you can be planted in front of your TV for the television event of the summer.

Cool Stuff To Buy Humans
For Her
For Him
Fun
Funny
Sharks
Videos
Weird, Odd or Bizarre
Double Cat Shelf Is Twice The Fun