Similar to the recent release of the full-length movie, Boyhood, Robin Schwartz’ photobook Amelia & the 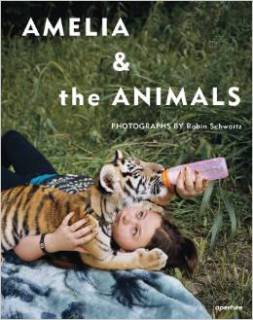 Animals, captures her daughter’s life from ages 3 to 14. However differing from the movie, this child is filmed over time interacting with a series of animals -- animals that most other children could only dream about engaging with.

Still in pre-order with an October 31, 2014 release date, Schwartz' book is catching some anticipatory, buzz based on this unique premise. Functioning as her mother’s muse, Amelia is captured cuddling, feeding and in some instances just simply cohabiting with chimpanzees, goats, tigers, exotic birds and even a pink flamingo. And that’s just for starters. 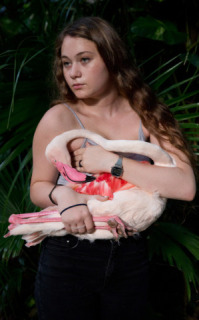 As Schwartz explains, "Photography is a means for Amelia to meet animals. Until recently, she took these opportunities for granted. She didn't realize how unusual her encounters were until everyone started to tell her how lucky she was to meet so many animals."

Nonetheless, these images are more than just a documentation of a young girl building a rapport with animals; they offer a glimpse of the nature of inter-species communication and serve as visual record of a shared mother-daughter journey into invented worlds.

As far as her most treasured relationship, Amelia favors the chimp. “We are totally primate-oriented. This goes far back, but I remember the first time I saw an illustration of a chimp. I was floored. I was in love. And Amelia feels that connection, too. This monkey thing with me, and Amelia, it feels almost genetic. We’re intensely drawn to primates because — well, because they are us, maybe,” states Schwartz.

Regarding the potential risk factors, Schwartz says,“You just have to be smart about it. We are as careful as possible. It’s a team effort, with Amelia taking directions from the caretaker. Amelia takes instructions well, and at this point, she does have experience.”

As a busy photographer, Schwartz felt this project became more of a passion than work, as it allowed her to bond with daughter over time. “Childhood is fleeting. . . I’m grateful that it gave Amelia these experiences but also that I could incorporate her into my work. This project is about time, and it gave me time with my daughter,” adds Schwartz.

Here’s a sampling of what you’ll find in the book, and for those that want to pre-order, you can register here at Amazon. 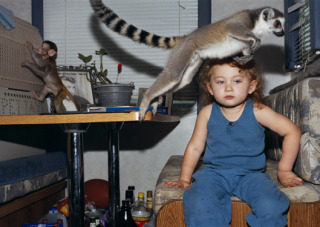 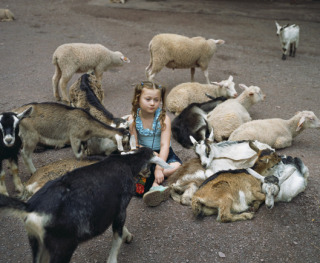 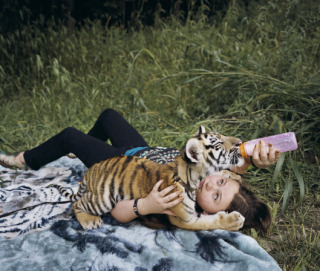 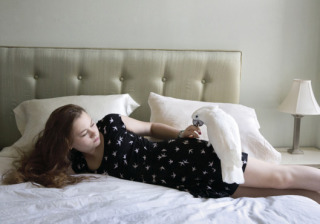 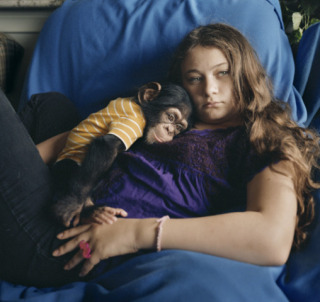