German officials have confiscated Justin Bieber’s pet capuchin monkey shortly after the pop star’s plane touched down in Munich because Bieber did not have the proper documentation to bring the exotic animal into the country.

Mally, the 15-week-old capuchin, is currently quarantined in an animal shelter in Munich as Bieber’s staff works with German customs to provide the necessary paperwork to recover the animal. The baby monkey was given to Justin as a present for his 19th birthday, and was brought along from L.A. to Germany during his European tour. 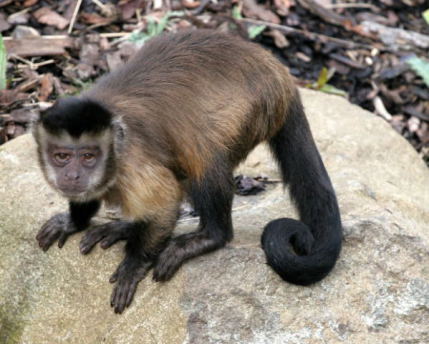 Critics complain that Mally was far too young to have been taken away from its mother, that the monkey should not have been brought to Germany in the first place and that the private ownership of most primates is illegal in both California as well as his native Ontario. Bieber faces large fines for illegally importing the animal and he will also have to pay for quarantine costs if he does retrieve Mally.

Currently, Mally is receiving plenty of care and attention from his German caretakers, but the baby monkey doesn’t stray too far from the soft and fuzzy teddy bear that Justin gave to the primate before Mally was confiscated. Since Mally was left in such an unfamiliar place, it is assumed that the monkey has taken the plush toy as a cozy surrogate mother to cuddle with. 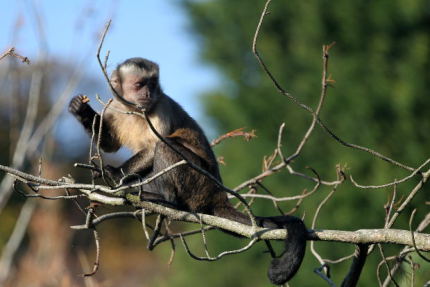 Capuchin monkeys are native to South and Central America and are considered to be the most intelligent New World primates. These highly social tree-dwelling monkeys live in groups of 10 to 40 individuals. Its natural diet is mostly composed of fruit, but this omnivore also feasts upon insects, flowers, seeds, and small vertebrates.

If you’d like to get your hands on your own monkey, don’t settle for one: Get a Toob of 12 assorted monkeys and apes from Safari ltd!