About a hundred stray and semi-feral cats roam the vermilion walkways of Beijing's 500-year-old Forbidden City. Descended from felines “employed” to keep the Chinese emperor's stomping grounds rat-free, these mainly white cats have less work to do these days and by the looks of it they're enjoying their retirement to the max. 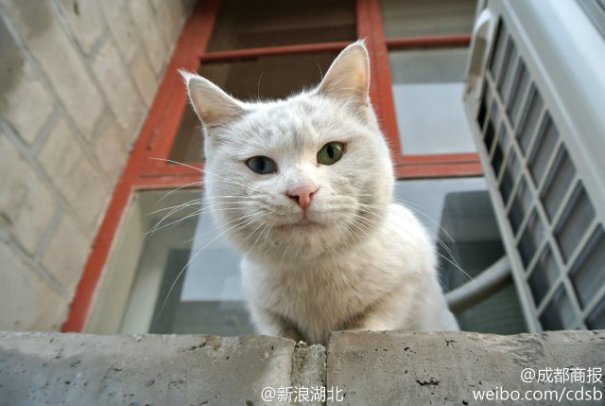 It's generally believed wild cats originally chose to associate with humans not because they liked us, but because our early settlements were magnets for rats, mice and other vermin cats liked to eat.

Even such palatial neighborhoods as the Emperor of China's ruling complex wasn't immune – in fact, stores of tributary foods and luxury items likely proved to be potent temptations for rodents and as such, cats were seen to be protecting the emperor's property. This garnered them a fair degree of protection in turn. 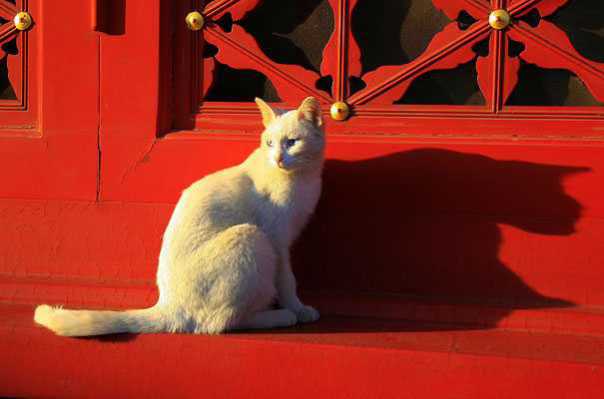 Life was good for people and cats living in the Forbidden City (forbidden to the great unwashed public, that is) for centuries until 1911, when the revolutionary birth of the Republic of China put an end to the good times and high living... for the human ruling class, at least.

The radical changes China's politics were to undergo over the next few decades had surprisingly little effect on the Forbidden City's cats, however. Accustomed to feeding themselves on Beijing's ever-present vermin, the cats gradually adopted a semi-feral existence mainly untroubled by human intervention. 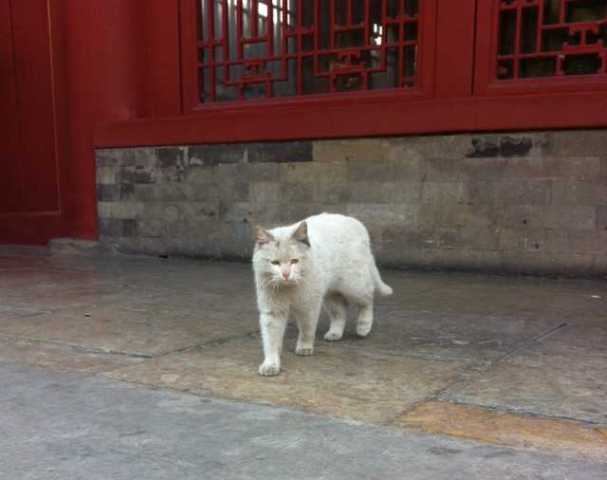 These days, the Forbidden City's cats are more visible than ever before, and that's not only due to their furry coats contrasting with the vermilion walls, window ledges and painted screens on which they enjoy sunning themselves. As well, many of the cats are white and though they may look a little scruffy, it's good to know their long service to China's rulers hasn't been forgotten. (via Kaixian and BBRTV)