Though at least one of the five new Arctic Wolf pups was seemingly unimpressed with the world outside his birth den, Knuthenborg Safari Park's visitors and staff found their first emergence into daylight well worth howling about! 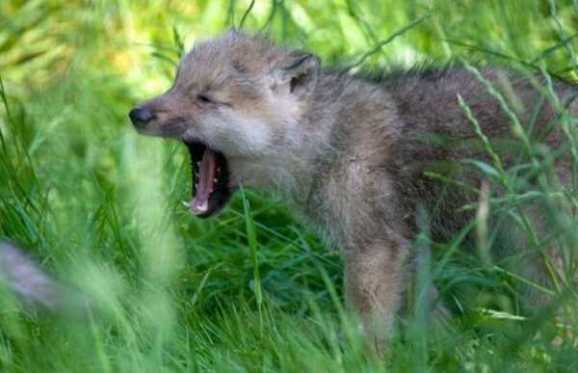 “We are really happy”, said Lisbeth Hoegh, Animal and Dissemination Manager for Knuthenborg Safari Park. “We had, at best, hoped for three pups, but there are five!” Hoegh added that “Unusually large broods indicate a wolf-mother who works well in her role.” 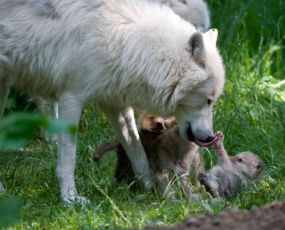 The pups were born on May 7th to one of the resident Arctic Wolves at the park, but as is their nature, didn't leave the warmth and security of their cave-like den until June 13th. Wolf pups are born blind, deaf, and unable to regulate their body temperature so their first few days and weeks are spent under Mom's considerate care. 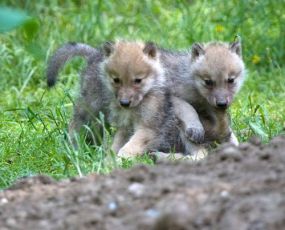 As the resident pack (see video here) of Arctic Wolves at Knuthenborg Safari Park numbers at least five, the quintet of new pups will effectively double the size of the pack. Park managers can expect a busy year ahead as the pups quickly grow and their nutritional needs increase accordingly. For more information on Arctic Wolves (Canis lupus arctos), visit the International Wolf Center in person or online. You can also observe the IWC's resident wolves via their live webcam. (via Zooborns)

How The KLM Airlines Dog Fooled The World