Invasive species stink. They kill native species, destroy property, and cause all kinds of trouble for the locals. The government of Fiji is sick of the invading green iguanas and are ready to reward lizard bounty hunters to get rid of them. 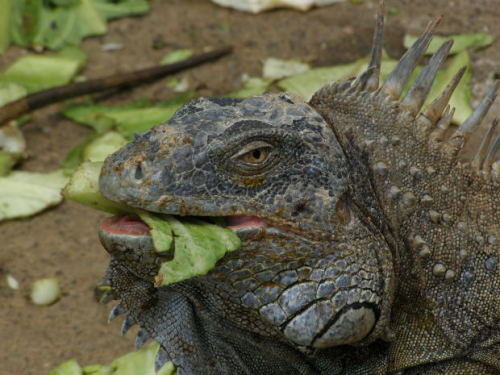 Green iguanas, also referred to as “American iguanas” by Fijians, were introduced to the islands of Qamea, Matagi, Laucala and Taveuni about ten years ago as either escaped pets or an inept attempt at pest control. The large lizards have spread like wildfire across the islands, consuming taro plants and making life more difficult for Fiji’s native iguana species, like the Fijian banded iguana, by eating their natural food sources.

Fiji’s Biosecurity Authority has green-lit a program on the Qamea and Matagi islands to reward bounties of $.50 per iguana egg, $5 for a young iguana and $10 per fully grown adult green iguana- dead or alive! 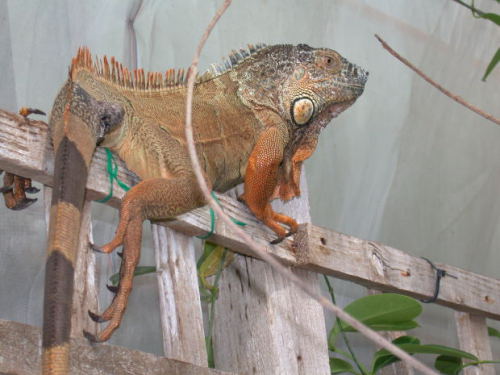 This is an excellent time to cut down on the invasive reptiles, since it’s still early in the green iguana’s mating season. The more iguanas that are removed from the Fijian ecosystem from May to October, the greater the chances are that the program will have a lasting effect on the population. 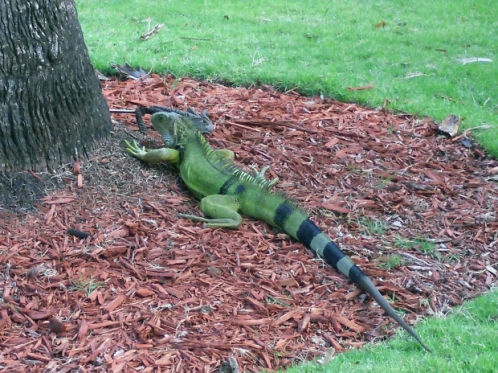 Fiji isn’t the only place in the western world with an iguana problem, as southern Florida, Texas and Hawaii all have pockets of green iguana squatters. Green iguanas are native to South and Central America, but have been imported to the United States as pets for many years. Although adults stretch over six feet long and are known for viciously defending themselves with a nasty bite and its whip-like tail, green iguanas are actually peaceful vegetarians. Here’s hoping that the BAF attracts Fiji’s most talented iguana bounty hunters!