Fido Solutions is a Canadian cellular telephone service provider known for featuring adorable dogs and cute puppies in their advertisements. In what appears to be an effort to appeal to a more mature demographic, the new face of Fido is a long-haired blonde who's the canine counterpart of Italian romantic icon Fabio Lanzoni.

Since Rogers Communications bought Fido from Microcell Telecommunications in November of 2004, the mobile network operator has been given an unusually long and flexible leash, as it were.

Now known as Fido Solutions, the company runs its own retail chain, customer service call centers and network servers independently from Rogers. It's also been able to continue the look & feel of its advertising and as such, maintain a brand identity that's both well known and well liked.

Can an old dog learn new tricks or even better, gain new customers? That's the question Fido's advertising and marketing team has been wrestling with pretty much since the company opened its doors way back in 1996. You know how it is: seen one dog, seen 'em all... or maybe not, as Fido's current ad campaign is catching eyes like never before. 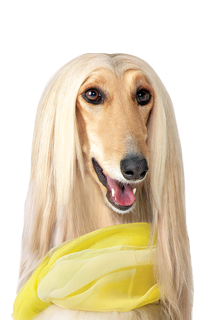 The promotion's theme, “We give you peace of mind,” revolves around a new $65 per month package that includes unlimited talk Canada-wide, unlimited messaging, and 1 GB of data. There's more in the fine print but you're free to visit the Fido website if you're interested. In any case and with all due respect to Fido, the pitch didn't register with me as much as the pitchman, er, pitch-dog did. 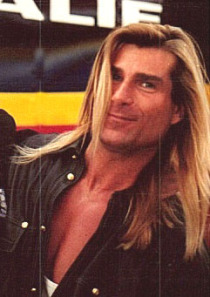 Featured on mall posters and mailed cards is Bella, an exceptionally elegant dog that might be an Afghan Hound or a Borzoi. The dog sports a restrained grin, amusement in its eyes, and long blonde hair that has been immaculately brushed. ANY dog, cat or human would LOVE to have hair like that but one particular person has already got it... international romantic icon Fabio Lanzoni.

One wonders if Fido planned to channel the flaxen-locked Italian when it chose their new model or if the resemblance is simply a happy accident. Regardless, Fido should take the ball and run with it by throwing some cash Fabio's way and cranking out a few commercials featuring the two together. I can see it now, mano a cane in el telefono pubblicità... just don't hate them 'cause they're FABIO!!

Dog Wedding Is Most Expensive Ever: Enters Guinness World Records