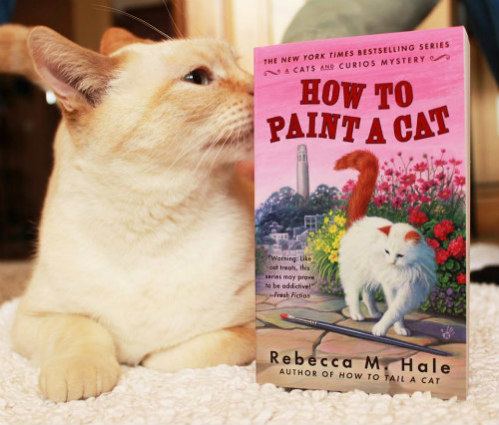 If you’re crazy about cats and an avid reader looking for material beyond Cat Fancy to quench your thirsts, an author on the New York Times Best Seller list may have something for you. Her name is Rebecca M. Hale, and so far she’s written six books in a series called A Cats and Curios Mystery that you might enjoy if you’re into whodunits. Set in San Francisco, feline lovers and mystery fans truly have something to look forward to with this fun and quirky series starring Rupert and Isabella, cat siblings whose perspectives are shared throughout the books.

Hale’s handling of Rupert and Isabella’s thoughts is done without being cutesy or juvenile, so you don’t have to worry that these are cheesy kids’ books or cloyingly adorable in any way. The pairs’ observations about their own lives and that of their “person” are actually quite entertaining as they embark unsuspectingly on one harrowing adventure after another. Most people will agree that the dynamic duo end up stealing the show in these mysteries laced with historical elements and travel themes for an appeal spanning several different genres. 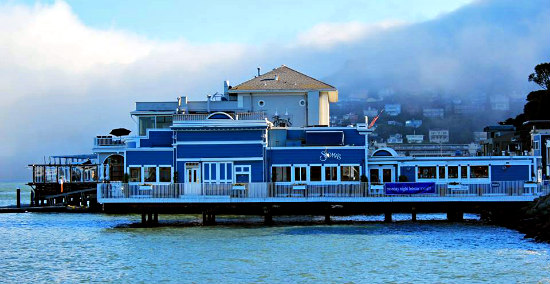 Fog moving in over Scoma's and, behind it, the Trident Sausalito, CA: Image via Rebecca M. Hale Facebook

The unique thing about this series is that readers never learn the name of Rupert and Isabella’s person. She’s an accountant that has inherited an antique store in a mid-19th-century building that turns out to be a three-story walk-up in the Jackson Square area, now San Francisco’s premiere dining, shopping and arts district. That’s another aspect that really makes this series fun and interesting is that it’s almost a travel adventure series due to its locale and all the great descriptive imagery that takes place within it.

Hale’s first book featuring the felines was entitled How to Wash a Cat. The description for it is as follows:  A deceased uncle and a surprising inheritance propel a woman and her two curious cats into the mystery surrounding his death. An investigation that starts amid the curios and novelties of a San Francisco antiques shop follows a twisted trail of dangerous deception that leads all the way back to the days of the Gold Rush itself. All of the book jackets feature an image of a white cat with orange-tipped ears and an orange tail. 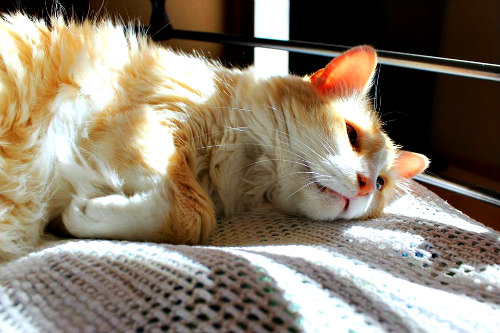 According to Hale, the real-life Rupert and Isabella were rescued by the Nine Lives Foundation back in 2005 from a Bay Area Humane Society where they were scheduled to be euthanized due to their being deemed “un-adaptable.” Whether they just couldn’t adapt and this made them unadoptable or what is unclear. What is known is that shortly after being rescued they came to be with Hale, and in 2007 the trio began writing their successful A Cats and Curios Mystery series.

Anyone who likes the premise of these books might also find the Mr. & Mrs. North Mystery series by Richard and Frances Lockridge entertaining as well. This series, like the Cats and Curios series, is also on the Cozy Mystery List. It features a young couple in New York inadvertently getting involved in and solving murders in the 1940s, '50s and early ‘60s. So they’re slightly noir, but a lot of the writing involves their Siamese cats — though, as readers, we don’t hear their thoughts other than through Pam North’s frequent musings on the subject of her “babies.”

Put these books on your Christmas or birthday wish lists and settle in for a good, long read and maybe take a little catnap on your next day off. You won’t be sorry you did.