Wrap your mind around this if you can: Jumping Brains, the delightfully disturbing and virally-spreading neuro-urban merchandising phenomenon conceived by Spanish visual artist Emilio Garcia can now creep you out in a dozen pearlized rainbow colors. 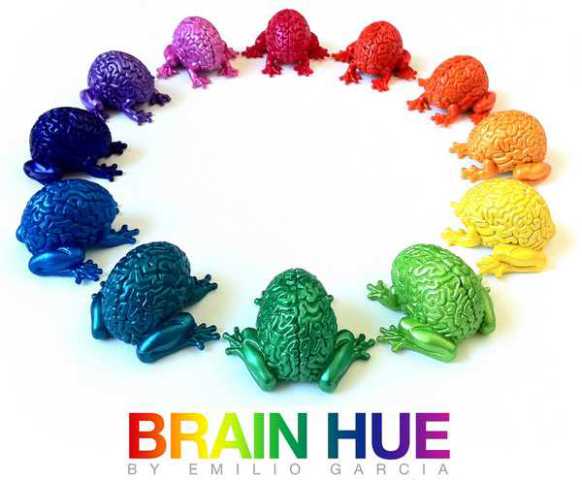 The oddly appealing amphibian-cerebrums first appeared about five years ago when the now-32-year-old Barcelona-born artist left a burgeoning career in multimedia to embrace more “tactile” artistic pursuits. Garcia established Secret Lapo Laboratories as the home base for his new endeavors; one of the first to emerge from the lab was the Jumping Brain which became an almost immediate viral sensation. 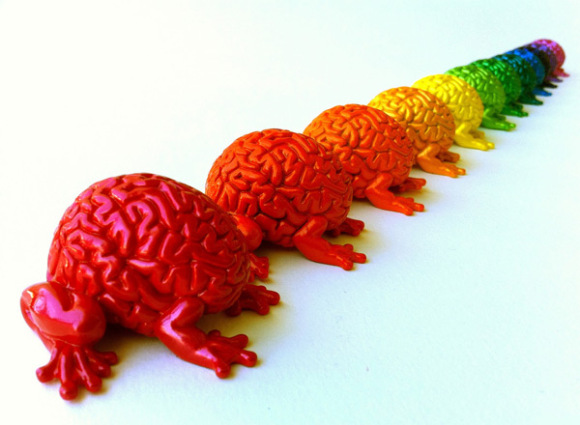 Garcia's Jumping Brains have been released in a number of different sizes, colors and compositions over the years, many in very limited editions. He's also created special edition pieces such as the Hinomaru Jumping Brain, released in late March of 2011 with the goal of raising charitable funds for victims of the March 11th, 2011 Great East Japan Earthquake. 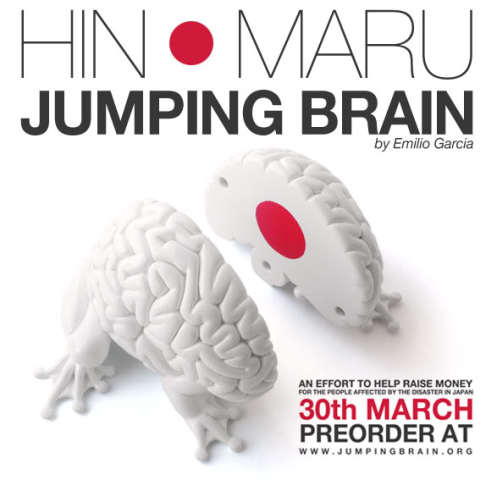 While the Jumping Brains limited edition releases have rapidly sold out and have become prized collector's items, Garcia continues to release new versions of the original concept with the most recent being the GID (Glow In Dark) Vinyl Jumping Brain. The currently available Brain Hue series just might be the most accessible Jumping Brains yet, however. 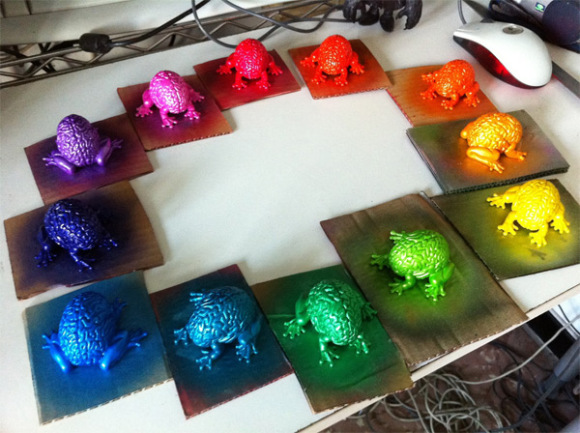 The extra-large designs are made of hardened resin, measure 8.5 x 17 x 13.3 inches, and weigh 17lbs each. The limited-edition pieces are made in Spain at Garcia's Lapolab facility and can be ordered online, priced at 1,500 euros (about $1,950) each. (via Notcot, Dunny Addicts, and Lustik)

Oh Deer, It's A Texas Truck Tailgate Wrap
The Layout of a Fire Ant Mound -- The Molten Animal Video of the Day!!!
Comments