Did You Know Reindeer Eyes Change Color Each Season?

Here’s a strange factoid for you: A Reindeer’s eye color changes from a summertime gold to a blue hue in time for Christmas and back again every year. We might finally understand why! 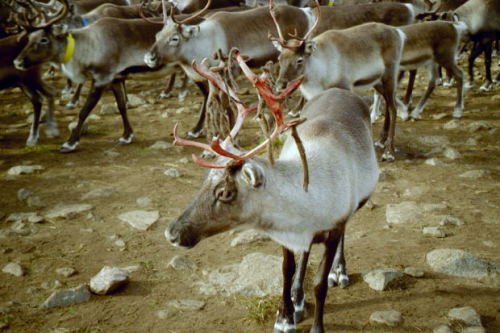 Scientists studied the reflective layer behind the reindeer’s retinas, and discovered that when the animal’s eyes turn blue, the eye’s tapetum lucidum receives more pressure than it would in the summer and bunches together its light reflecting fibers. This allows far less light to reflect from the eyes, which helps the reindeer to see easier in the nearly continuous darkness of a far northern winter. In the summer, when its eyes revert back to a golden color, much more light is reflected back out through its retinas, so the animal can cope with the nonstop daylight. Some researchers think that the winter blue eye coloring intensifies ultraviolet light, while its golden summer eyes muffle the constant stream of ultraviolet light. This phenomenon is unique to reindeer, and no other mammal goes through such a natural ocular change like caribou do. 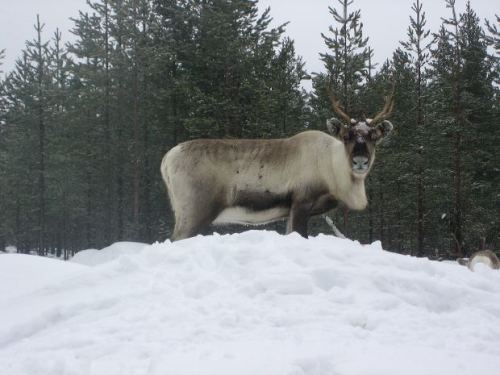 Reindeer, or caribou, are a species of large deer commonly found roaming the tundra of North America, Asia, Greenland and Europe. Another interesting reindeer fact that both males and females can grow antlers, and they are the only deer species to do so. Other than pulling Santa’s sleigh, reindeer are famous for their yearly migrations, where herds can move 1,600 miles or more in their search for nourishing food and milder climates. 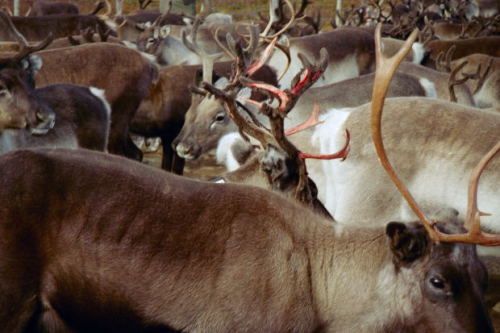