If they only had a brain... a group of spoiled and stupid Chinese youths visiting the Hangzhou Zoo took advantage of China's recent winter cold spell by throwing snowballs at the zoo's lions. Da noive! 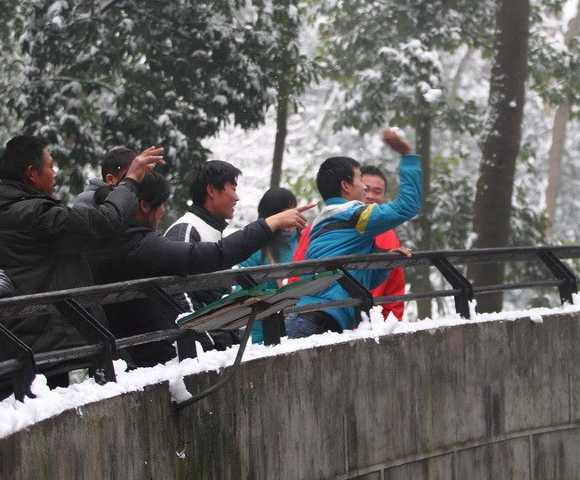 “Unusual weather we're having, ain't it?,” asked one of the Hangzhou Zoo's African Lions to the other, and he had a point: China is shivering through its coldest winter in three decades and snow has fallen on locales unaccustomed to seeing more than a mere flurry or two of the white stuff.

Such was the case in Hangzhou, the capital and largest city of Zhejiang Province in east-central China, in early January 0f 2013. Freshly fallen snow and chillier than usual temperatures enticed citizens of all ages to dust off their winter clothes, snow boots and earmuffs before braving the great outdoors. 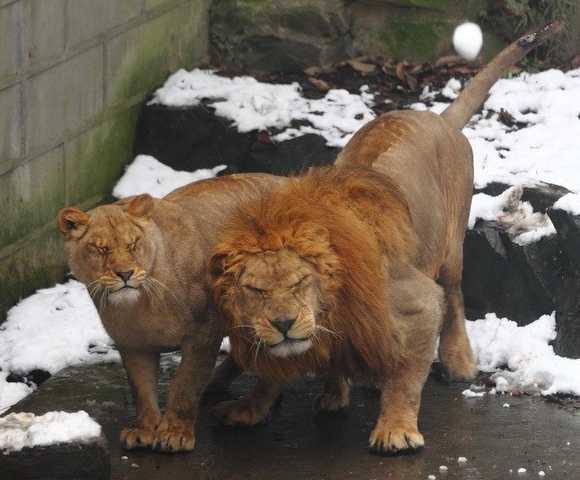 Fortunately for them, the Hangzhou Zoo is easily accessible and boasts an impressive assortment of exotic animals including lions, tigers, monkeys, giraffes, and alpaca just to name a few. Unfortunately for the lions, tigers, monkeys, giraffes, alpaca and more, some of the zoo's visitors on January 5th showed signs of having been raised in a barn.

Upon reaching the lion enclosure, one group of young males thought it would be a wonderful idea to bombard the lions in the sunken area below with a barrage of snowballs. This amused them to no end... the lions, on the other hand, did what they could to avoid the frosty missiles. When the group either tired of the “fun” and/or exhausted the snow around the enclosure, they moved on to similarly harass the zoo's tigers, monkeys, giraffes, alpaca and... you get the drift. 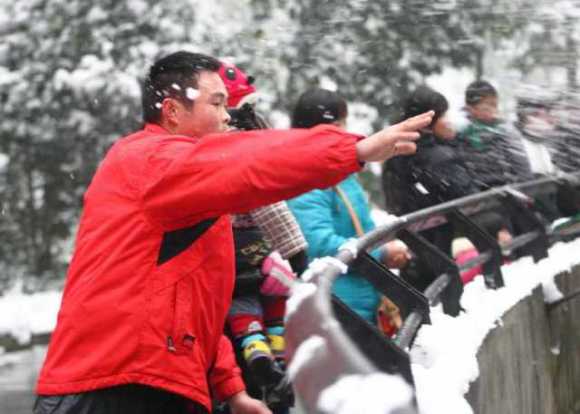 The images you're seeing here were captured by other zoo visitors and posted on the Chinese social media sites like Sina Weibo where they ignited a firestorm of condemnation from Chinese netizens – the scale of the angry response hints that the numbskulls who tossed the snowballs are but an obnoxious minority. 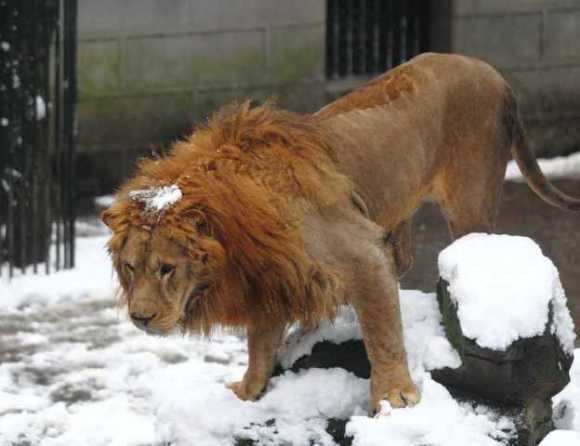 Images and descriptions of the incident subsequently exploded throughout the Twittersphere thanks to Twitter users such as MissXQ who tweeted “Horrible. Hangzhou ppls throw snowballs to animals in the city zoo. Animals scared.”

Where were the Hangzhou Zoo's security staff while all this played out, one might ask? Same place the staff at the Wuhan Zoo were one day last May when moronic visitors decided to pelt Ahai the elephant with stones: nowhere to be found. (via CHINAsmack and NetEase)