Could a Robotic Meshworm Be the Perfect Spy?

Scientists at the Massachusetts Institute of Technology, Harvard
University and Seoul National University have created a robotic
earthworm that emulates the movement and behavior of a real earthworm.
What purpose would something like this have?  Spying, of course... 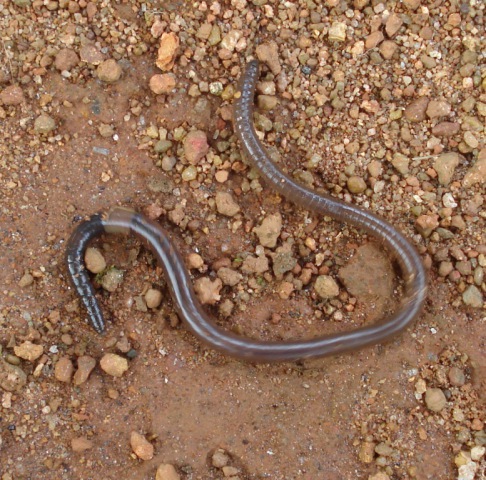 A real earthworm. Sorry--pictures of the robotic version weren't available at the time.

Made of soft materials augmented with a wire muscle system constructed of nickel and titanium encased in a polymer mesh, this artificial creature can not only squeeze into small areas, but is also quite strong.  In fact, it is practically indestructible (which causes me some concern when I think about certain robots in The Matrix and The Terminator films).  You can step on it, throw it, knock it around--and it will still work just fine.  Scary.

The polymer mesh has led to this creation being named the "meshworm."  Utilizing the unique artificial muscle system, the meshworm creeps forward just like a live worm by wrapping a wire around a flexible tube.  This makes it a perfect device to infiltrate the bad guys... or anybody else for that matter...

Image by Aruna via Wikimedia Commons

Special thanks to Erika for the heads up!

What Is This? The Animal Video Of The Day!!!
Why Giving Your Cat Treats Is More Beneficial Than You May Have Thought