Is Coby The World's Most Beautiful Cat?

Coby, a snow-white British Shorthair cat with breathtaking blue eyes, could indeed be the world's most beautiful cat... almost half a million Instagram followers can't be wrong. 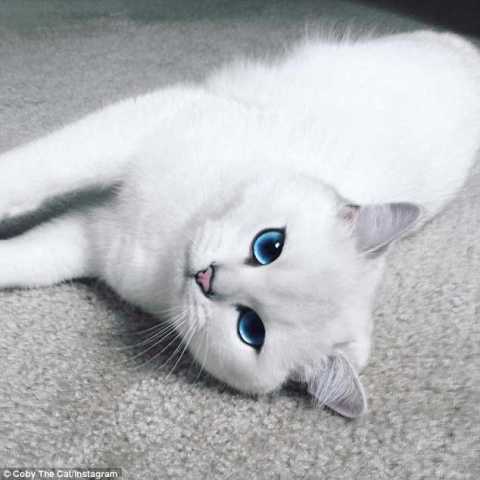 “Coby The Cat” made his Instagram debut in May of 2015 and at press time he boasts 474,000 followers. “I have big blue eyes & an even bigger personality,” according to Coby, who “speaks” through his owner, Rebecca Schefkind. “I love tuna, stealing covers & playing with my ducky in the tub.” Hey, what's not to love? 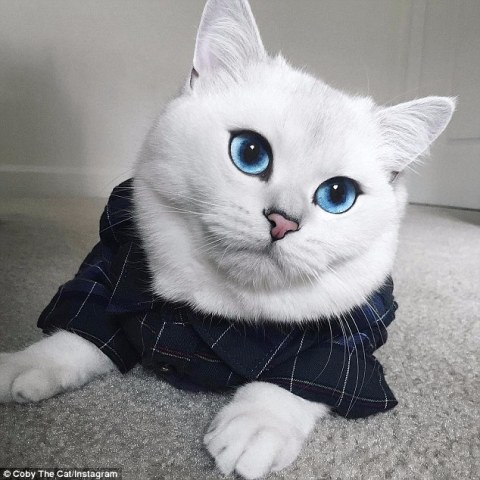 “I fell in love with his blue eyes and fluffy white coat,” explains Rebecca. “He fell asleep in my arms and the rest is history.” Schefkind, a New York City-based art director, first began posting Coby's pics to Instagram as a joke. “After 150k followers as well as free food and supplies from sponsors, I started to take it slightly more seriously,” she adds. 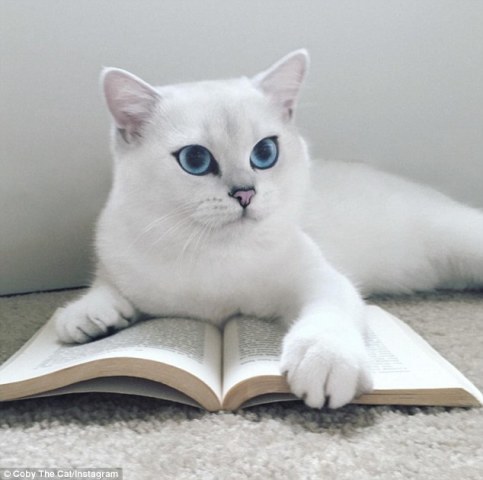 Rebecca has posted hundreds of photos of Coby on Instagram – some show him wearing cute outfits while others display the purr-fectly coiffed feline au naturel. What's common to almost every image, however, is Coby's calm, cool and collected expression highlighted by his cerulean sapphire blue peepers. 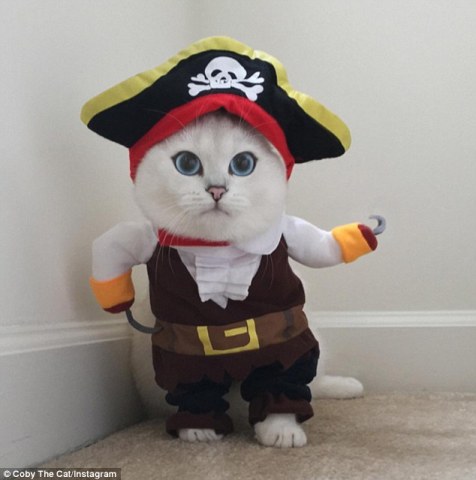 Coby does have a quirky side, according to Rebecca, who revealed that Coby loves water and having baths. The latter would explain how he's got the pristine, spotlessly clean, pure-as-the-driven-snow look licked... well, besides licking, that is.

Faux Zebra Has The Moves! The Dancing "Animal" Video Of The Day!!!