Jackie, an extremely obese 22-year-old female orangutan, is starting a new diet after spending 20 years pigging out on unhealthy snacks fed to her by tourists. 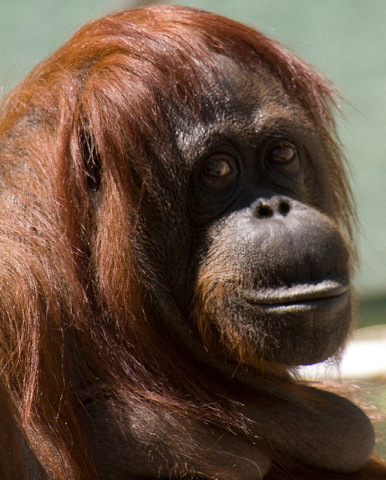 She was moved from her former home at the Poring forestry park to a dedicated enclosure because the junk food junkie actively looked out for park visitors, as they were likely to give her treats. Unfortunately she’d ballooned to 220lbs after all of the sweet treats, and that’s more than twice the weight of a normal orangutan living in the jungles of Borneo.

Jackie has been put on on a much healthier diet that is composed of vegetables and fruit, similar to a wild orangutan’s eating habits. Although her weight-reducing diet regimen will take a while to take effect, the parks’ department director has commented that Jackie “is a much happier orangutan now.” 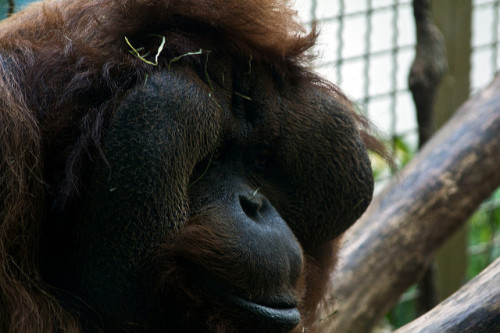 Orangutans are found on Malasia and Indonesia, where both species are listed as endangered. While these arboreal apes spend plenty of time moving, foraging and sleeping among the trees, research and observation has shown that orangutans walk along the forest floor much more often than we originally thought. They spend the majority of the day looking for leaves, fruit, bark, bugs and the rare bite of meat to eat. While predation is fairly rare, they still have to be on the lookout for tigers, crocodiles and human poachers. The primary threat to the future of wild orangutan populations is the deforestation of their jungle habitats. 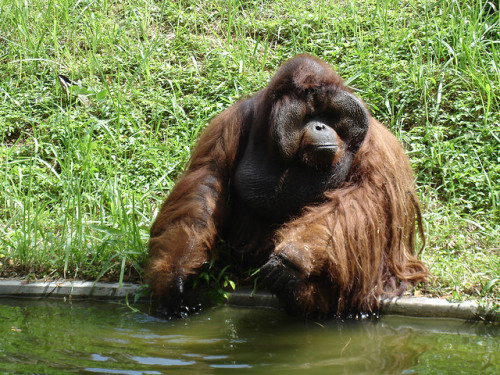 The Moutain Lions And The Mobile Home Park

Crocodile Sighting Along The Thames
Love, Life, and Elephants: The Story of Daphne Sheldrick
Wildlife Vs. War: Who Wins On The DMZ Zone?
Comments