Chubbs the Wampug -- An Interview with Kristen Andrews 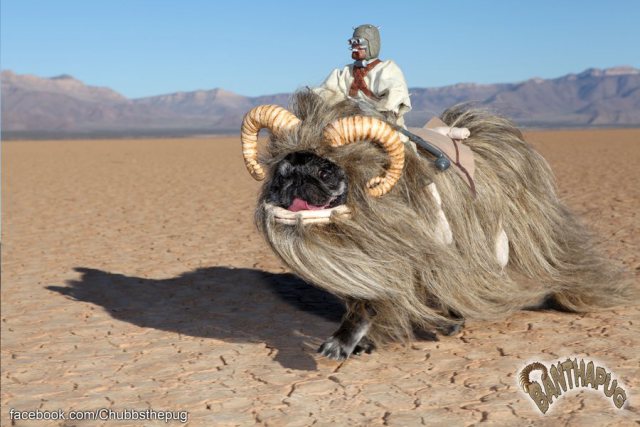 I am a massive Star Wars fan.  So when I stumbled on a cute little pug named Chubbs running through the desert dressed as a Bantha, complete with a tiny Tusken Raider mounted on her back, I had to contact the woman that made the costume.  Her name is Kristen Andrews, and she proved to be a very nice and interesting person.  I sent her a few questions and she was kind enough to send me some responses and some pictures.

John P. Barker: Tell me a bit about yourself and about Chubbs.

Kristen Andrews: I am a “veterinarian by day and Star Wars geek by night”. I’ve had my girl, Chubbs, since she was 12 weeks old and she is 10 years of age now.  I have been making costumes since 1999 and go by the name Star Wars Chick online.  My husband and I love movie props and costumes, it is how we met and we run several websites dedicated to helping others make props and costumes- thedentedhelmet.com, therpf.com and thehunterslair.com .

JPB: That’s really cool.  When I first encountered Chubbs in her in a Bantha costume, complete with a little Tusken Raider, John Williams music, and a desert background, it was immediately obvious that you and Chubbs are Star Wars fans!  How many costumes from this series have you made?

KA: We certainly are (Star Wars fans)!  That is how her dad and I met, through our love for Star Wars and making costumes!  Her first Star Wars costume was the Hoth Wampa from Empire Strikes Back- we called it the Wampug! 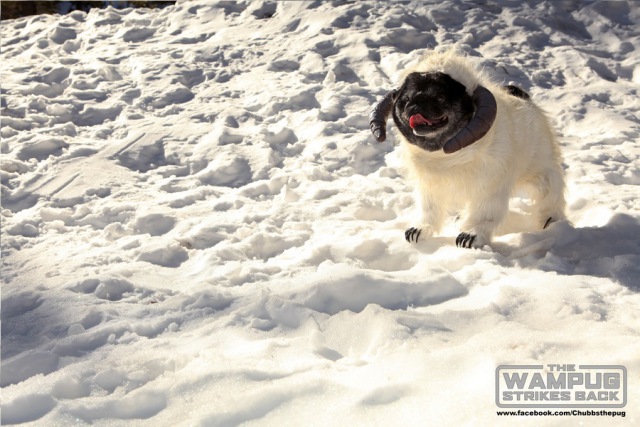 JPB: Do you ever go to contests or conventions?

KA: Contests no but conventions yes!  My first convention was in 1999, Star Wars Celebration I.  It was the first time I saw people making Star Wars costumes and I was hooked! 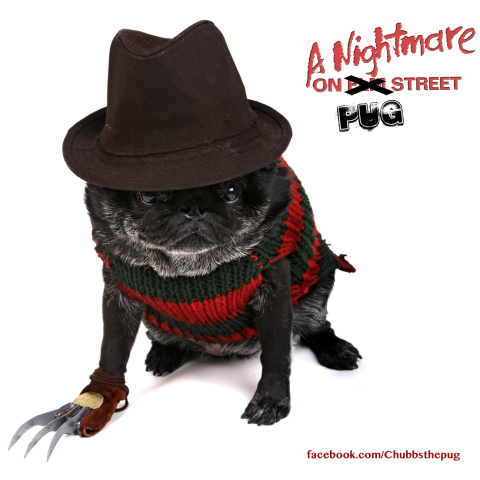 JPB: What inspired you to start doing animal costumes?

KA: I used to dress Chubbs up and do themed photos for my hospital’s website each month, so she was pretty used to dressing up and taking photos. When my husband and I got together, we decided why not make real costumes for her like we did for ourselves?  We had the skills to be able to do so and they would be one of a kind.  So we started doing that for the hospital’s website each Halloween.  The first one we did was Checkerboard Chubbs in ’07.  In 2008, we turned her into Mini Cujo.  2009 was Skelepug.  2010 was Freddy Pueger.  In 2011 the Wampug went viral and then in 2012 the Banthapug hit it big too. 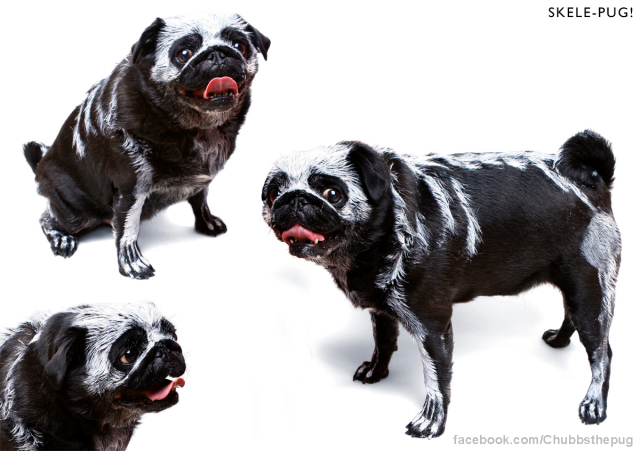 JPB: I love pugs.  How many do you have and what are their names?

KA: Chubbs is my one and only girl :)  I love being able to give her all the attention she wants and needs!

JPB: Do you breed pugs?

JPB: What other activities do you pursue?

KA: Well between work, costuming, and going to conventions, we don’t have a lot of extra time but we love snowboarding and try to do it as much as possible during the winter!  It’s a great escape from the real world!

I want to thank Kristen Andrews for her patience and time.  She's a true pet lover and a kind, unique individual.