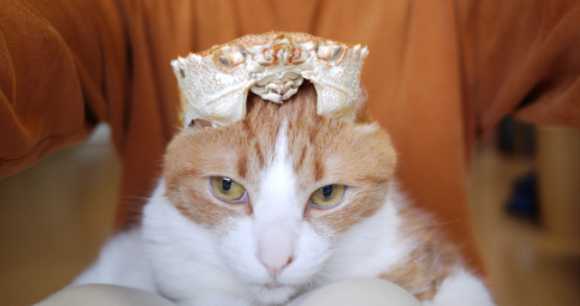 We're not saying Crab Hat Cats are the latest pet trend but photographic evidence out of Japan says it's hotter than shell. Why are a growing number of Japanese cat-owners capping their kitties' cabezas with cooked crab carcasses? Perhaps because these formidably fitted-out felines are the next best thing to having your very own miniature Triceratops. 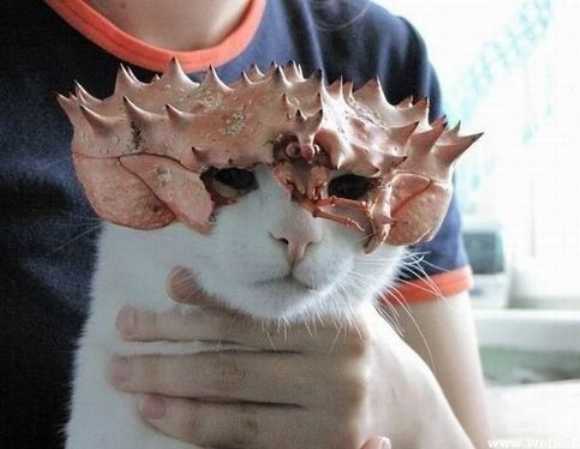 Don't even think of butting heads with this seriously spiky shorthair unless you're packing nunchakus and nutcrackers. On the other hand, maybe he's got another scheme up his furry li'l sleeve: stowing away on the Time Bandit. (Crab Hat Cat image via Yama00900) 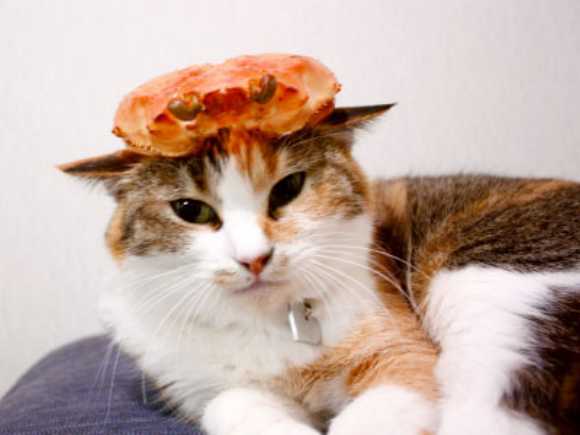 Jackie O had her famous pink pillbox hat, this cat has a remarkably similar crabshell cap. Cat wins for being able to fold its ears at a 180-degree angle. (Crab Hat Cat image via Matome Naver) 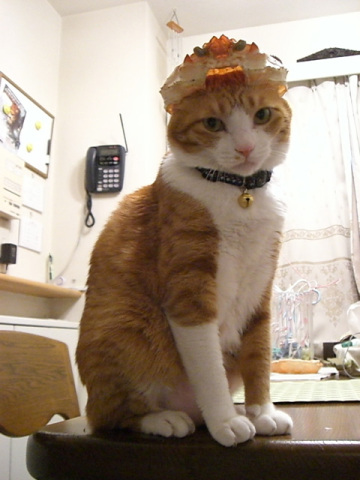 Eat, tea, phone home? New Japanese anti-telemarketer device? Any way you slice it this patient pet has got you covered like the smelly shell perched atop her pate. (Crab Hat Cat image via Odai) 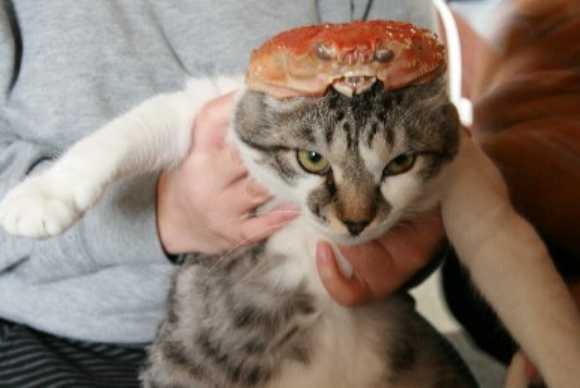 It's hard to say who's more eager to leap at the photographer, the cat or the crab. Word to the kitty: it's easy to act tough when your owner's restraining you with both hands. (Crab Hat Cat image via Mari Kore) 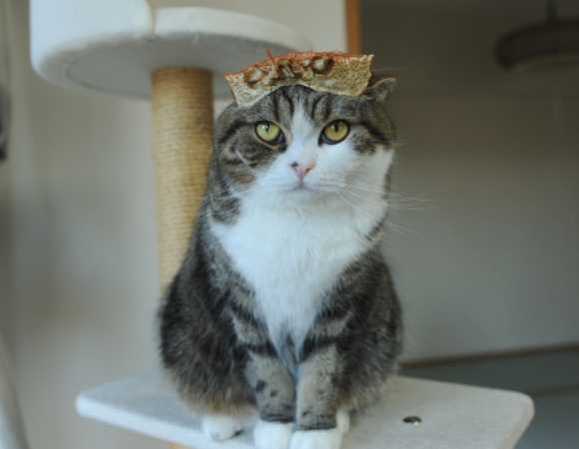 Maybe we're underestimating this clever-looking cat. Disguising one's self as Crusty the Crab just might lure The Incredible Mr. Limpet within paw's reach. Ingenious, is it Knotts? (Crab Hat Cat image via I am Maru) 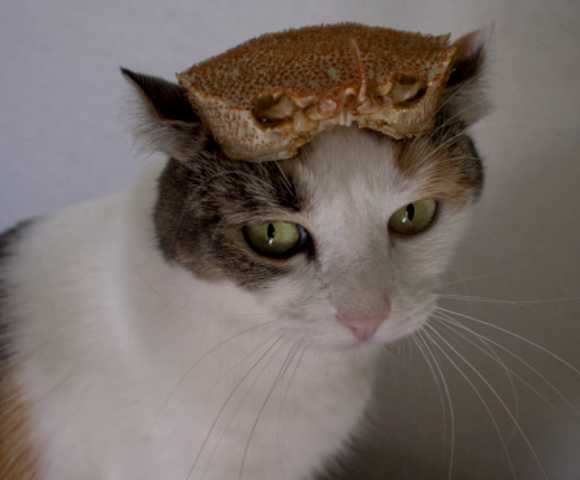 DEVO has their Energy Domes, Elvis had his pompadour and Donald Trump has... er, what the heck IS that thing anyway? Whatever, the cat above has 'em all beat because irregardless of what's on his head, he still manages to retain his dignity. Et tu, Donald? (Crab Hat Cat image via Yayakoro) 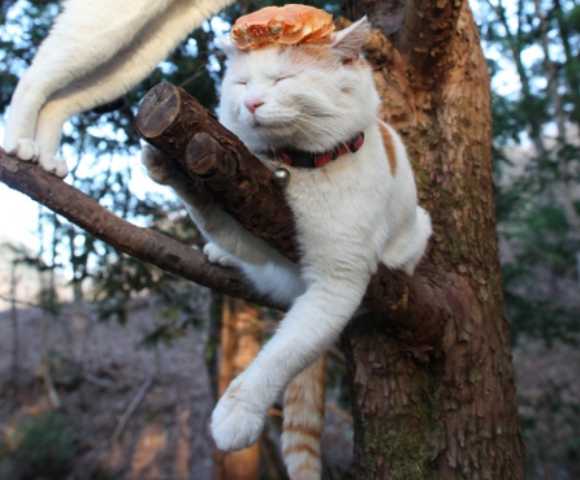 We all know Shironeko is “the world's most relaxed cat” but this time he's outdone himself. Up a tree, crab shell on his head while another cat performs some gymnastics just above? Just another day for the ultimate Zen Cat. Yawn... wake me when it's dinner time. (Crab Hat Cat image via Shironeko Blog) 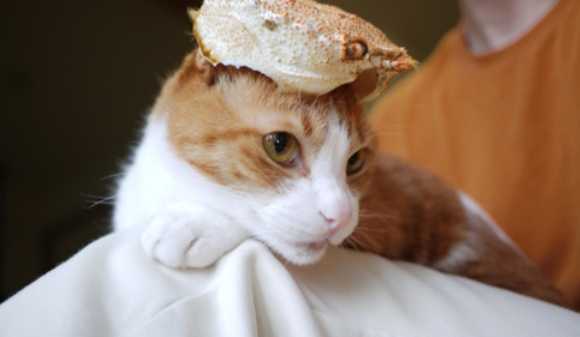 This cat's definition of smugness is posing for pictures while appearing completely oblivious to the crab's carapace nestled neatly on his noggin. Crab shell, what crab shell? Why aren't you looking at me and only me? (Crab Hat Cat image via A!@attrip) 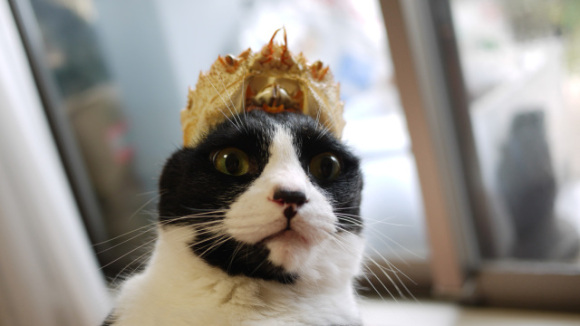 The emperor has new clothes and the top cat has a new crown... and, we guess, the crab has a newer, bigger, much hairier body. Now cover all the mirrors before someone gets wise. (Crab Hat Cat image via Sakumame) 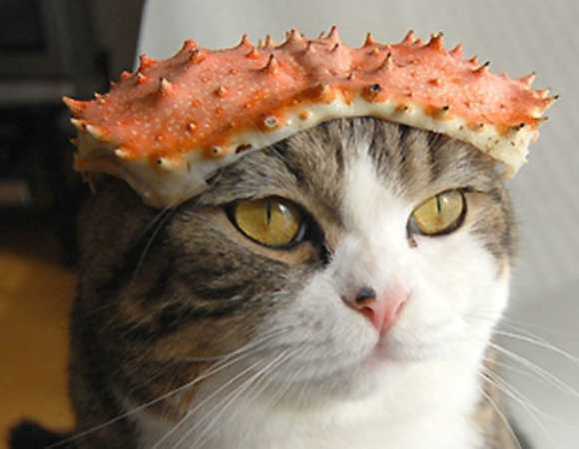 Combine the desire to look like Johnny Rotten in his punk prime with a severe overdose of quick-hardening hair gel and voila: a hardhat even the toughest construction worker would be proud of. (Crab Hat Cat image via Matome Tematome) 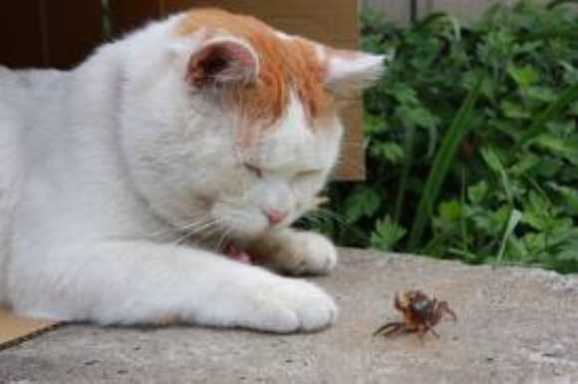 Japan may be turning into a crustacean cat nation but settle down, there's no cause for consternation. The sudden explosion of chitinous kitties isn't the result of residual radiation from Fukushima, nor is it a protest against the pernicious pervasiveness of Hello Kitty. Blame the curious propensity of Japanese pet-owners for putting everything & anything on their cats' heads and blame the cats for indulging their owners... and thank them all for entertaining the rest of us! (Crab Hat Cat images via A!@attrip, above, and Sakumame, top)

How Could Anyone Abandon This? The Animal Video Of The Day!!!