“There's a rat in mi kitchen, what am I gonna do?” If you're UB40, you make a record. If you're a Chinese high school's cafeteria worker, you simply shrug, slice and serve it up with rice. Adding insult to emotional injury, the school compensated the student with four eggs which were presumably rat-head-free. 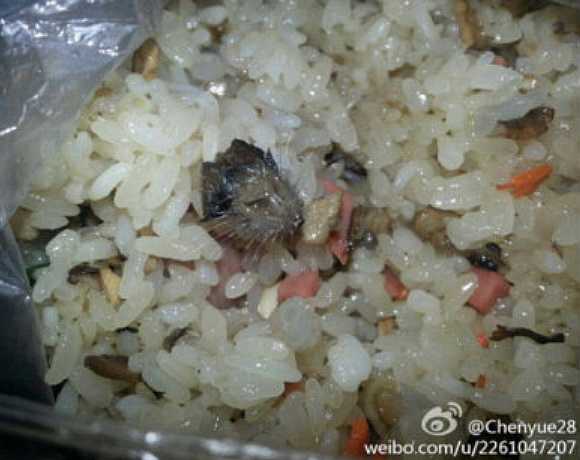 Another day, another food scandal in China, and thanks to the wonderful wide world of Weibo (the largest and most-visited Chinese microblogging service) we all get to share in the latest discovery. This inappropriately included creature-of-the-week this time is a rat... or at least, the business end thereof.

The images included in this article were first uploaded by a male high school student from Zhejiang province, located just south of Shanghai. It seems the student was preparing to dig into his lunchtime meal of fried rice at the school's cafeteria when he saw something that made him pause, drop his chopsticks in disgust, and grab his camera-equipped mobile phone. The rest is history, courtesy of CNTV News' official Weibo account. 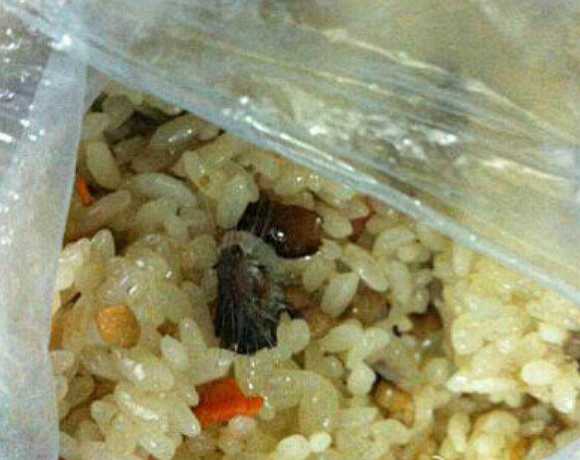 Coming on the furry clawed heels of another major rat-related scandal – rat, fox and mink meat was discovered to have been disguised as lamb and served as street food – this latest food faux-pas isn't going to help China's already sorry reputation for food safety (or the lack thereof) one little bit.

Some who view these photos may wonder whether the rat head is unusually small or the rice is curiously large... what, you're an expert in rat head physiology now? If the rat in question (or I this case, in rice) is somewhat undersized, does that change the fact that it definitely does appear to be a rat's head, wee whiskers and all? And while you're asking questions, why not ask where the rest of the rat is? (via Shanghaiist)