Chickens Can Be Pets Too?

As a second-generation kid of Italian descent, a trip to Grandma’s house in Rochester, New York’s inner city was always entertaining. While Grandma Rose Lamantia (aka “The Boss”) wasn’t necessarily what you’d classify as eccentric, her old-world habits and traditions were often an adventure to behold for a toddler who was being gentrified in the suburbs. While household pets in my world were of the canine variety, Grandma was the first to introduce me to the idea that a chicken could also be man’s best friend.

So when Mom left me at Grandma’s casa one weekend, I had a lot of fun trying to reacquaint myself with a couple of chickens she kept in a coop in the backyard. While they looked different each time I visited, and she never called them by name, I was quick to nickname them “Salt” & “Pepper” for the obvious reasons. 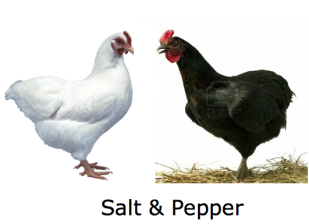 However getting a little frustrated in trying to get my pets to fetch a ball, Grandma suggested we go shopping at the Farmers’ Market where share-croppers journeyed in from locales as far away as Watertown, NY. To a young lad, the sights and smells of this open-air bazaar was as exotic to me as what I witnessed later in life in destinations like Kyoto, Japan and Ladakh, India. This marketplace was a cornucopia of freshly picked crops, foreign dialects and alien aromas.

While Grandma had me in tow, she seemed to be enjoying the opportunity to communicate in her native tongue while purchasing vegetables, pasta and fruits for our evening meal. However, when we reached the meat kiosk, her temperament seemed to change, as her argument with one of the rural butchers began to escalate. Unable to discern her Sicilian banter (aside from a few cuss words my cousins and I learned over time), I could detect from her gesticulations, that the she was not a happy camper.

Moments later, she seized my hand to signal our departure. When I asked why she was so angry, her only reply was “costa too much dead”.

That evening prior to dinner, an indistinguishable ruckus drew me out to the backyard. To my shock and awe, two headless chickens were running around in circles chased by my frantic old Sicilian Grandma, armed with an ax in her hand, yelling “costa too much dead. I kill 'em myself.”

After that day, and up until my teens, I had a hard time adjusting to eating poultry, particularly when a family member would ask me to “pass the Salt and Pepper." 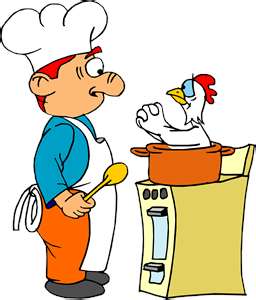 What Does An Elephant & Mouse Have In Common?

Pet Sitting Is Now A Profession

Have We Finally Cracked The Yeti Code?