While “CAT Toilet in the FOREST” would make an awesome band name, it's unfortunately been taken by Ryujin Village for their all-natural, cypress wood pellet kitty litter. 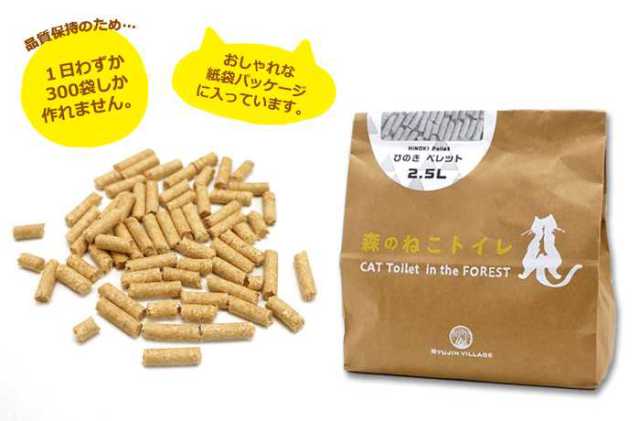 As described at the company's neko-toire (literally “cat toilet”) product page, the 25mm x 5mm (1 by 1/5”) pellets are made from ground and reformed Japanese Hinoki Cypress wood, the same wood used to craft high-end sushi bar counters and home furnishings.

Hinoki is naturally insect-repelling and in its processed form as kitty litter is highly absorbent, non-clumping, and exudes a pleasant cedar-y aroma. Ryujin Village recommends the used litter be burned, composted or otherwise sustainably disposed of. 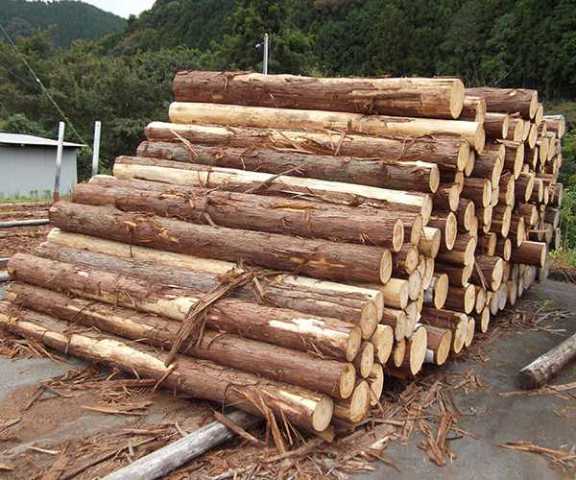 One might wonder why such a useful wood is being reduced – literally – to something as ignominious as kitty litter but for millions of Japanese living downwind of massive cypress groves, the less Hinoki the better. 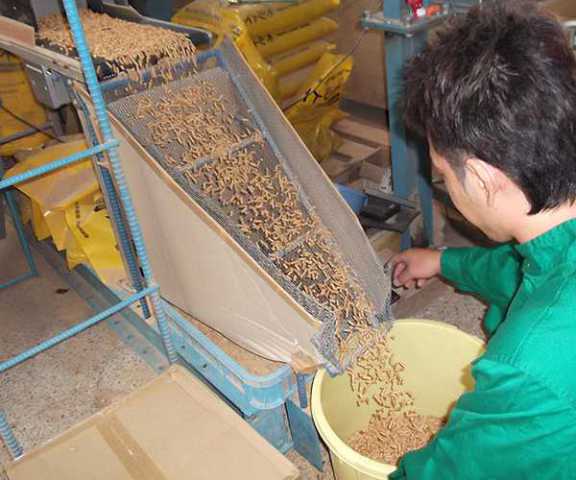 It didn't work out that way, as farmers sought to retain their valuable forest holdings and subsidized wood imports from emerging Southeast Asian nations helped fill the gap. Now each spring, clouds of highly-allergenic pollen roll across Japan's largest cities driving the populace to distraction – now you know the deal with all those face masks. 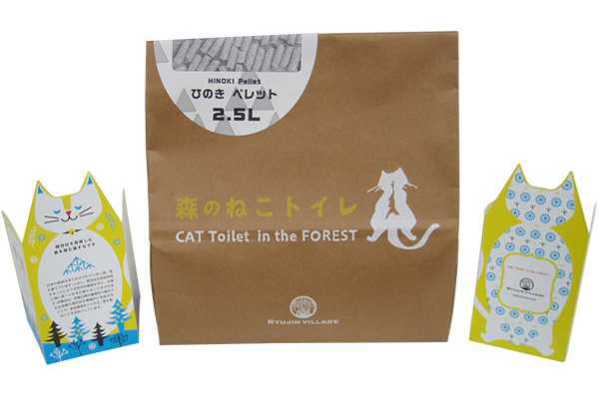 But we digress: “CAT Toilet in the FOREST” is here and a host of pesky cypress trees are not. Order yours (in convenient 2.5 litre (2.53 gallon) bags online from Doctor's Advice PEPPY.

Window-Mounted Feline Sill Does Away With The Need For Ledges