Cat-Covered Harem Cushions Just Might Be The Purr-fect Pillows

If you're like me, you like your cushions like I like my women: covered in cats! These cat-covered harem cushions from Japan let you relax surrounded by cute, comfy, cozy cats... without a bunch of smelly, messy, fur-shedding, food-demanding felines hogging the couch. 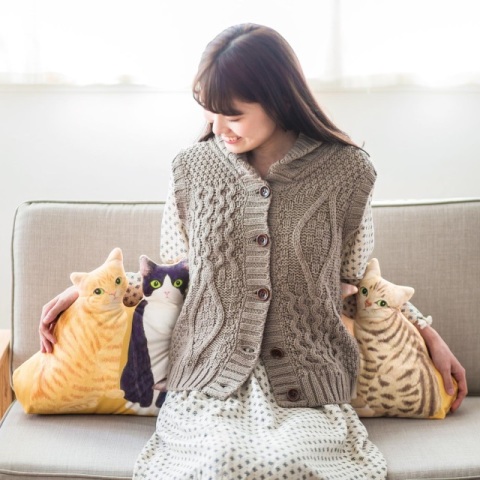 Returning home after yet another nose-to-the-grindstone working day, there's nothing like cuddling up on the couch with four, five, even a half-dozen friendly kittehs.  Difficulty: lack of cats. Sucks to be you, huh?

Thanks to Nekobu, Japan's online emporium of cool cat-related products for cat-lovin' humans (and their friends), that's all about to change – even if you already have a cat or two.

The cat-covered harem cushion comes in four different realistically illustrated designs, each of which features five different cats from a distinct region of the world. Above (from left to right) are the “Nobel & Sophisticated Cats of Japan”: Ginger Tiger, Black & White, Japanese Bobtail, Buff & White, and Tabby Tiger.

Above are the “Cute American Cats”: Bombay, Munchkin, American Shorthair, Ragdoll, and Exotic.

Next up are the “Elegant Cats of Europe”: British Shorthair, Abyssinian, Scottish Fold, Russian Blue, and Manx.

Last but not least are the “Exotic Cats of Asia & the Middle East”: Singapura, Egyptian Mau, Persian, Korat, and Birman. 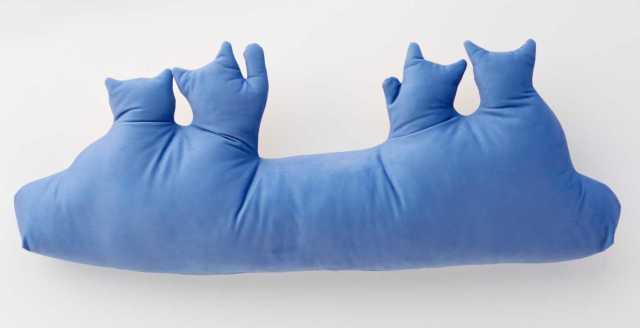 The cushion is designed in such a way that the center cat is sleeping while the pair on either side “pop-up”; snuggling around the owner's waist to provide comfort and support. The reverse side of each cushion is covered in soft but durable medium-blue fabric. 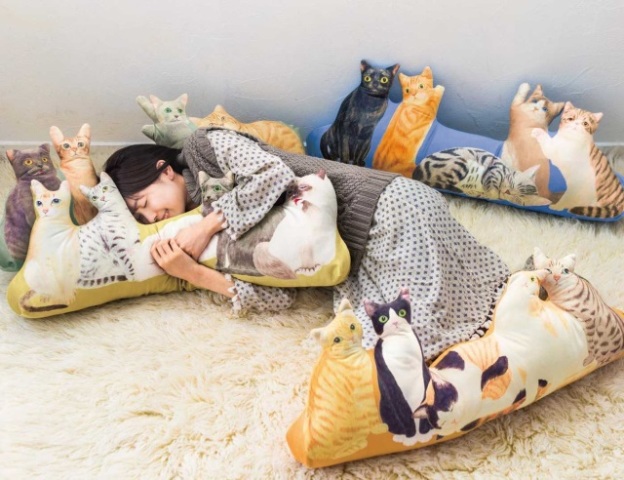 Just like Pokemon, you'll want to catch, er, collect 'em all... and Felissimo offers a unique way to do just that. Join their Collection Club and arrange to have your cat-covered harem cushions delivered one-per-month. The single-cushion cost is 5,600 yen (about $47.50), of which 1% is donated by Felissimo to the Felissimo Cat Fund to support the needs of stray and rescued cats.