Considering how Sea World is still reeling over the backlash from the 2013 documentary “Blackfish,” it was a matter of moments after it was announced that there will be a pair of killer whales on display during the Sochi Winter Olympics before people began to object. 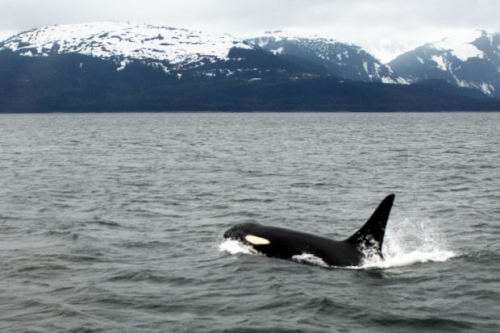 A Russian company recently captured seven orcas in the Okhotsk Sea in 2013, and two of the huge dolphins (yes, they’re actually the world’s largest dolphins) will be placed in a large aquarium enclosure for visitors to view. Since the young animals will be on display for the whole world to see, I’m sure that they will be well taken care of during the Games, but it is well documented that these animals are highly social creatures that become extremely agitated when separated from their family pods. I don’t know where the orcas will be taken once the event ends, but I’m assuming that all seven orcas will be eventually sold to aquariums, theme parks and zoos worldwide, but their fate remains to be seen.

As of this writing, well over 54,000 concerned protestors have signed a petition demanding that the wild orcas are not to be put on display. The ICUN hasn’t definitively placed a conservation label on killer whales, but certain areas of the world locally issue a protective status of “threatened” or “endangered” based on population data over time. That said, the fallout from the “Blackfish” documentary has opened the eyes of many people who are taking a fresh look at the practice of keeping killer whales in captivity, and it certainly may have an effect on how the millions of viewers enjoy the 2014 Winter Olympics.

UPDATE: It turns out that the orcas will not enjoy an aquarium-side seat in Sochi, as they are being sent to other parts of Russia and China, where they will be trained as circus performers. I'm glad that they won't be attending, as the amenities (construction, water, etc.) have been an absolutely disgusting and potentially dangerous disaster for our athletes.

Microchipped Bees Will Show Us Where They Buzz Off To!
Comments