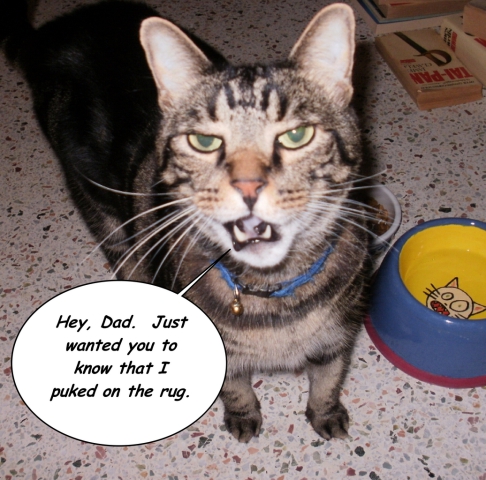 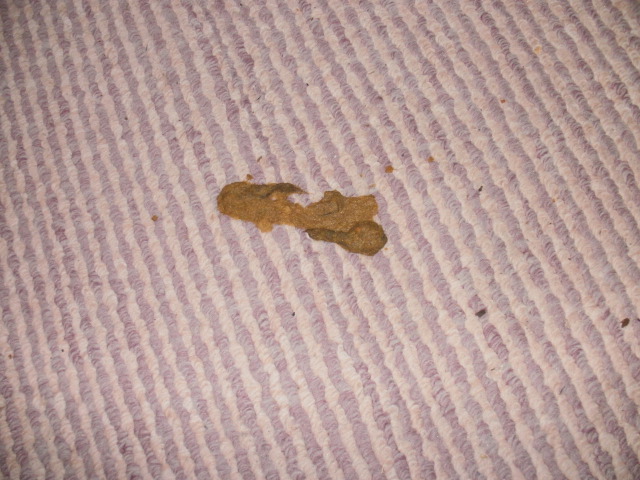 I don't know how he does it, but Buster always... ALWAYS... pukes on our living room rug.  Note that this rug is surrounded by easy to clean terrazzo floors.  But no.  Always on the rug.

It took me a while to find a product that could get rid of the stains left by cat puke.  And when I did, I stuck to it.--but it took a few times to figure out the proper way to tackle the problem.

After trying multiple products (of which I will not name) with varying results, I finally settled on Resolve.  But it took a little finessing to purr-fect (get it?) the cleaning process.  A few steps are involved. 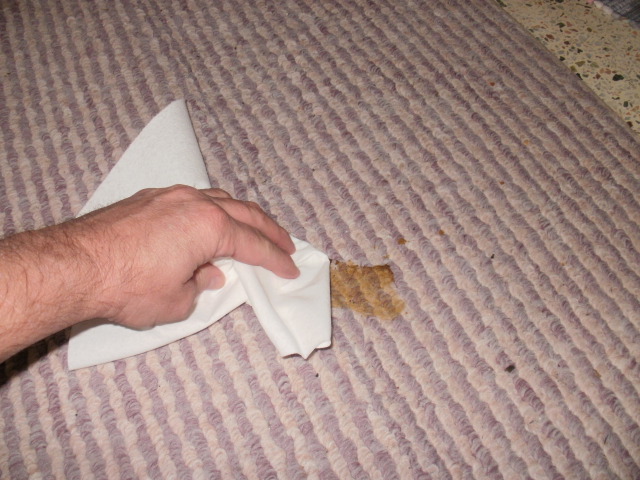 This is the yucky part.  If possible, wear some gloves (but as you can see in the picture, I didn't have any--so afterward I scoured my hands as though they had been exposed to a radiation leak).  What you're doing here is getting the "lumpy" stuff out--hairballs, food chunks, etc.  And, for completion's sake, here is what you get: 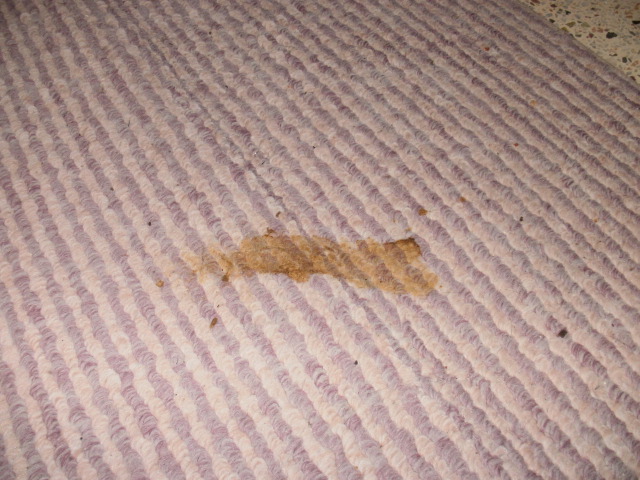 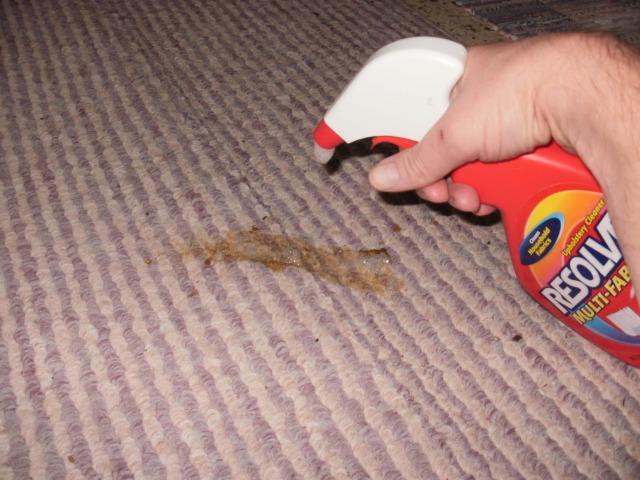 Spray that sucker down thoroughly with Resolve.  In my case I had to go at it from different angles due to the loop-stitched nature of the rug.  But--this is tricky--don't totally saturate the carpet.  You just want to make sure you get the entire stain covered.  And, contrary to the directions on the bottle, I've found that if I let this sit for a couple of minutes it is more effective. 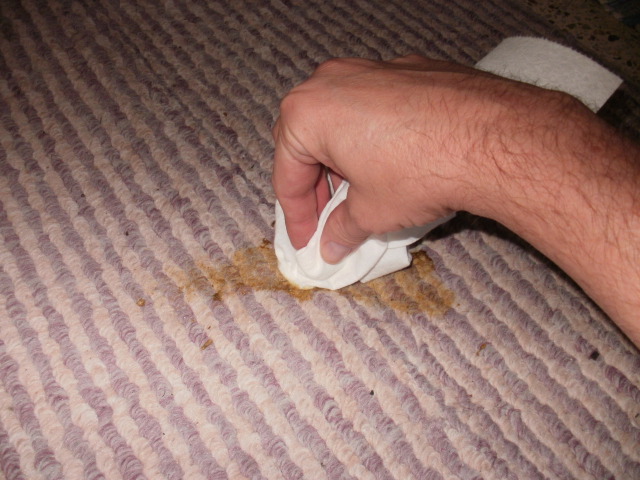 This step is important: don't scrub the stain.  That will push the stain farther into the material.  I've found that the method involved varies depending on the type of material you have to clean.  In this case I blotted and twisted the paper towel due to the type of rug.  The loops in the stitching cause things to overlap, so the twisting action lifts the loops up, which allowed me to clean underneath them. 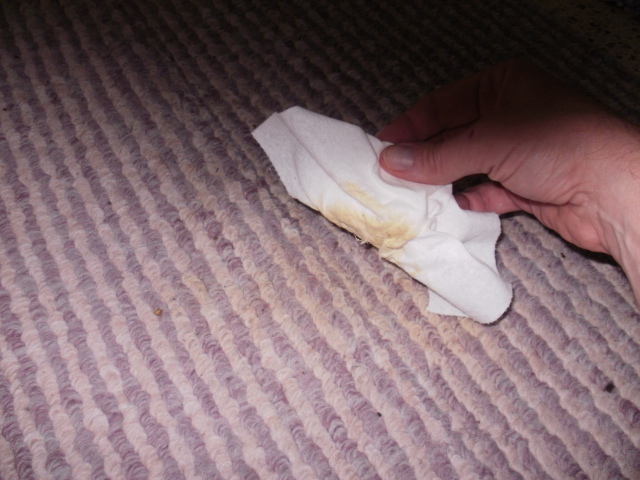 See?  It's pretty much all cleaned up, though I did spray a couple of sections one more time and blotted them again.  I think this was due to the fact that I was away when Buster had his... incident.  So it sat there for a while before I could get to it.  It's best to jump on these things (not literally, thank God) as soon as possible so that they don't set into the material.

But I can say--beyond a doubt--that I am very satisfied with the result: 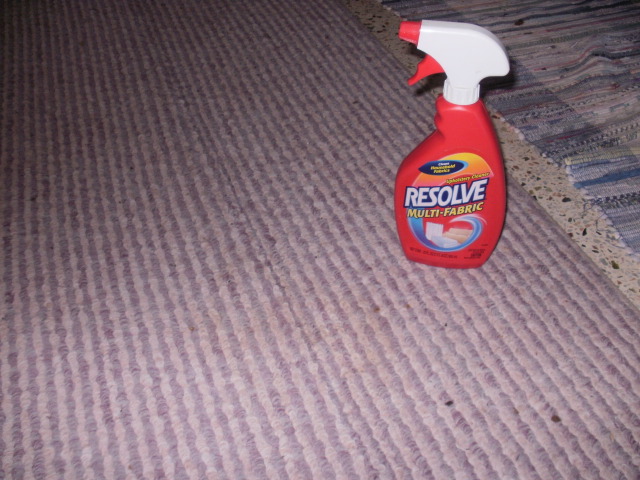 One thing that I've noticed is that if there is a very faint residual stain, it disappears shortly thereafter.  This is most likely due to the area still containing some moisture from the cleaning process.

So, in short, Resolve is great stuff!  Highly recommended, and Buster approved!

You can check out a variety of Resolve products here and here.