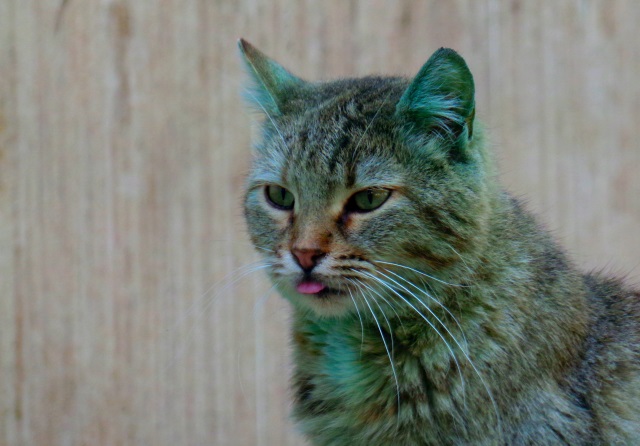 We're happy to report the eerily-tinted feline has been spotted once again, roaming downtown Varna with a much less colorful coat. 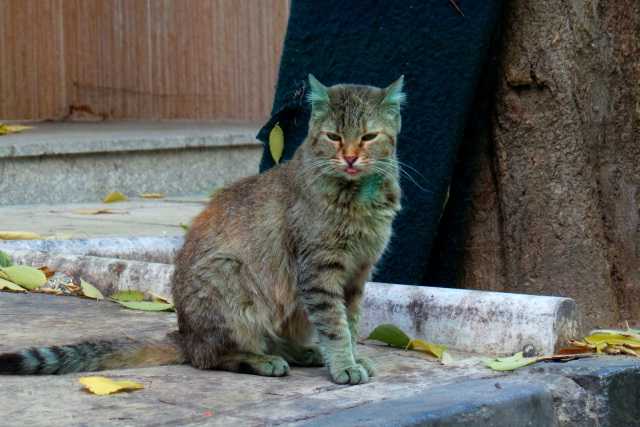 As we reported right here at PetsLady.com on December 5th, 2014, the otherwise unremarkable tabby had accidentally dyed his fur green after repeatedly sleeping on a pile of powdered green paint in an abandoned construction yard. 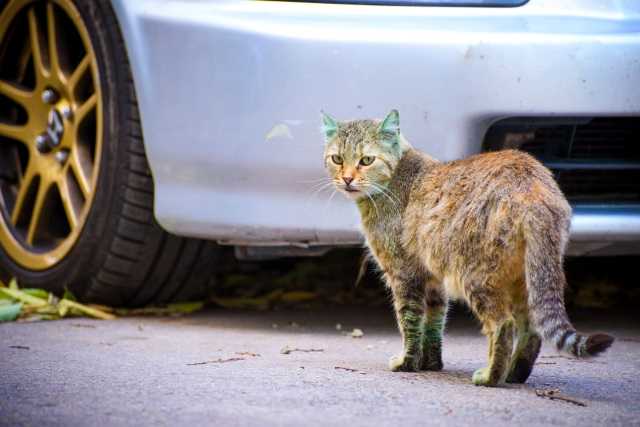 Since cats clean their fur by licking it, fears naturally arose for the health of the unnamed inner-city kitty. Those fears, while both well-meaning and well-founded, appear to have been overstated. These images dated November 11th, 2015 show the formerly bright green cat has survived – thrived, even – after almost a full year of unnatural “green-ness”. 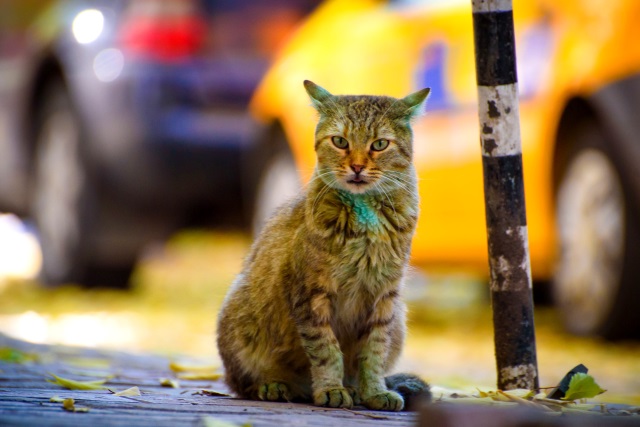 Though skittish and shy like most semi-feral street cats, Varna's Green Tomcat paused long enough for at least one photographer to capture it at rest. We're not sure if the now much-less-green cat has found a new place to crash but its fur is definitely much less green than it was last year. (images via WENN.com)