You may not be ready for Doomsday but these cats sure are! By the looks of some of them, they might even be responsible for the dreaded end of the Mayan calendar and really, why should they care? They've got nine lives and you don't. 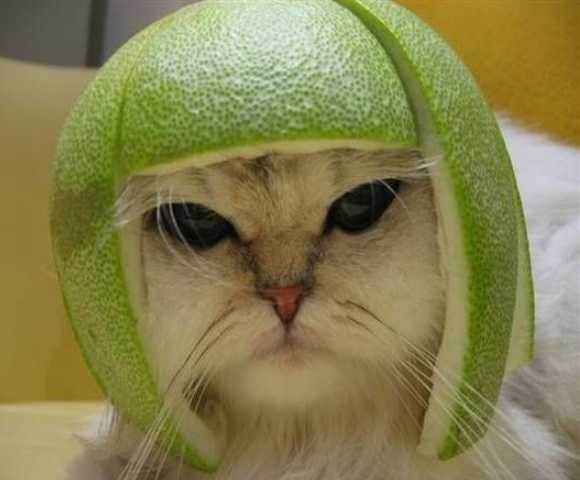 The sky is falling? Let it fall, baby, I iz protecticated! Zombies prowling for brains? They won't sense mine thanks to my melon helmet lined with tinfoil. Sorry, human, it's one size fits all... cats. (Doomsday Cat image via xcalakattack) 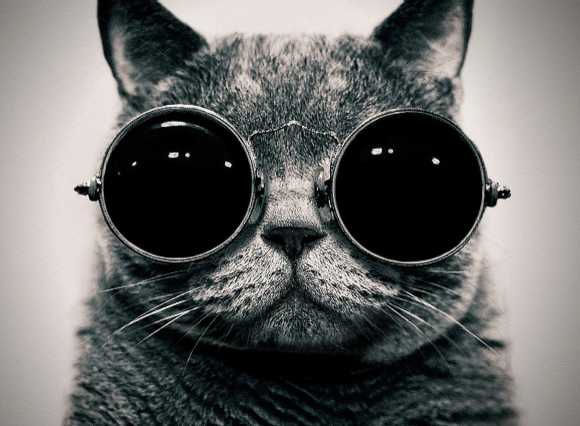 “What if I told you that Doomsday is just a dream from which you really don't want to wake?”, asked Morpheus Cat. “You have to let it all go. Fear, doubt, and disbelief. Free your mind, and while you're at it open another can of Tender Vittles.” (Doomsday Cat image via My Modern Met)

8) The Face of Purr Evil

Forget about surviving Doomsday, this cat IS Doomsday! The dogs of war and the four horsemen of the apocalypse? Meh. Colonel Meow here can end the world just by looking at you funny... and when this cat looks at you, it's never funny. (Doomsday Cat image via john nomi) 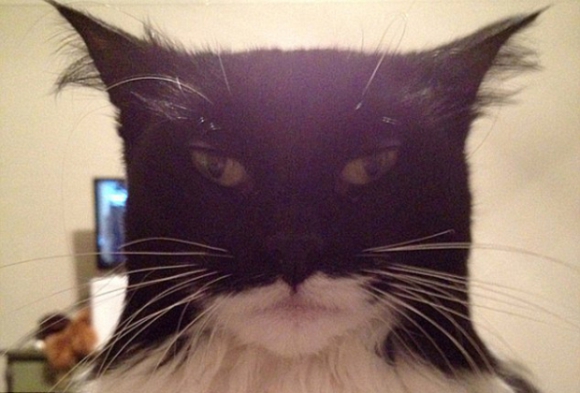 This is either Catwoman's bat or Batgirl's cat... possibly both. In any case, no real or imagined Doomsday is going to faze this feline in the least. By the way, if you're wondering where Robin is, stop wondering and clean up these feathers. (Doomsday Cat image via Meme Binge) 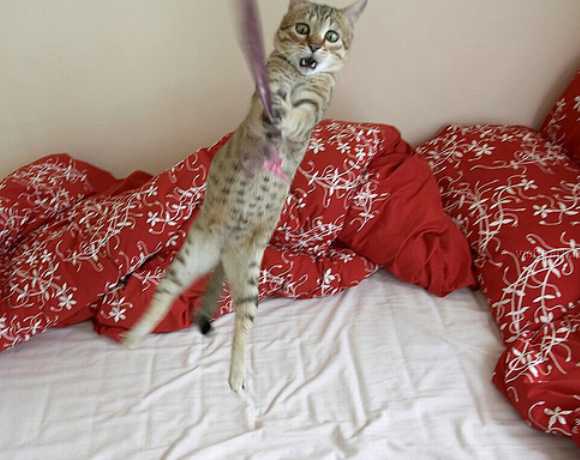 When the world slips away, you want to have a hold of something, anything, even if you're scared shirtless. The cat above shows how that's done, including the scared shirtless part. (Doomsday Cat image via Galaxymeme) 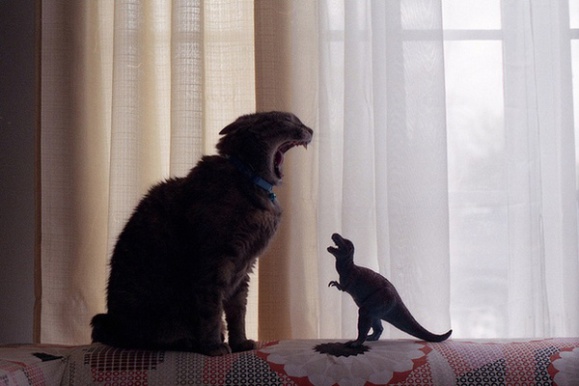 It's the end of the world and you know it... again? Last time Doomsday came around it took out each and every T Rex yet the ancestors of cats came through the carnage with barely a bent whisker. Now that history is about to repeat, who ya gonna call? (Doomsday Cat image via Imgur/SyIhw)

4) Let There Be Laser Cats

Where were you when the world went out? In the company of a Laser Cat or two – if you're lucky, that is! After the sun ceases to exist these fiery-eyed felines will be invaluable companions; just try finding your keys without one. (Doomsday Cat image via Jennifer Morrow)

3) Been There, Done That 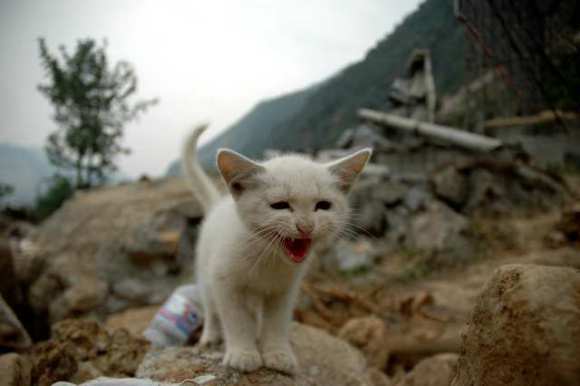 The best way to survive a world-ending event is to have survived one previously. Take the feisty li'l critter above, ready and willing to take on the new world after a magnitude 9 earthquake and 30-ft tsunami wrecked the old one. (Doomsday Cat image via Taildom)

“Church” here doesn't care about surviving the end of the Mayan calendar, he didn't survive the end of Pet Sematary and that was in 1989. It's nice to be ahead of the curve. (Doomsday Cat image via Screen Crush)

While far too many of us are taking the end of the Mayan calendar seriously, our feline friends are carrying on and are keeping calm as usual. Is it just a case of what they don't know not hurting them, or are humans just doing what humans do: freak out first and get the facts later... assuming, of course, that there's going to BE a later. (Doomsday Cat image via Don't Confuse The Narrator)

The ancient Mayans had dogs but no cats, unless one considers jaguars to be cats, which technically they are but you wouldn't want one sleeping at the foot of your bed. Since domestic cats didn't figure in the Mayans plans way back when, however, you can use that knowledge to your advantage come December 21st. Keep a cat close by and we guarantee you'll both see the sun rise on December 22nd!