Anthropomorphising Weimaraners: Artist Goes To The Dogs For Top Ten

Anthropomorphism is the personification or attribution of a human form and characteristics to an animal or object other than a human being. As a literary or artistic device, many traditional fables and fairy tales include anthropomorphic animals, portrayed with ability to talk and behave as human characters.

From the tales of the Brothers' Grimm to George Orwell's Animal Farm, anthropomorphism has a storied

Wegman & Weimaranershistory as art form, down through the ages. Following in that tradition, artist and photographer William Wegman has nurtured a compassionate collaboration with his dogs over the years. Although he’s received acclaimed for his paintings and short films, Wegman is best known for the portraits of his Weimaraner dogs, whom he presents as human characters complete with hair, make-up, clothing and props.

Ironically, in the beginning, Wegman rejected anthropomorphism because he originally thought it was "cheap and easy," but over the years, he came to realize the dogs enjoyed the participation in the work just as much as he did, and that "he grew to love them more," as a result.

His first superstar model was May Ray, who died in 1981, followed by Fay Ray and her offspring Battina, Crooky, Chundo, Chip, Bobbin and Penny.

In reviewing all of the work Wegman has produced over the course of the last three decades, here is my TOP TEN list of what I believe make up the best representation of anthropomorphic Weimarners. [Please note: I've taken liberties in naming them - as I hope Mr. Wegman can get a chuckle out of what context I think the world might view them]. 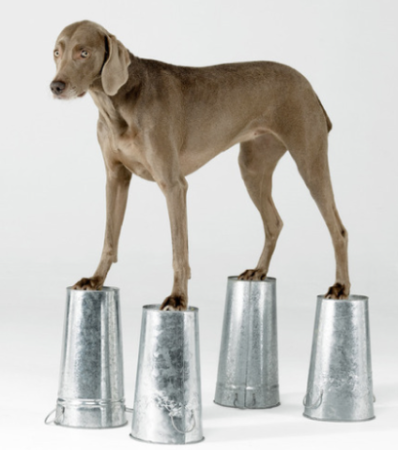 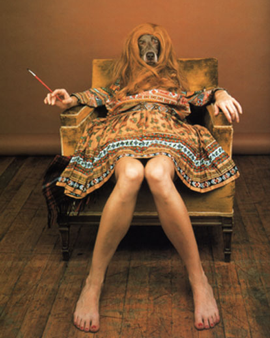 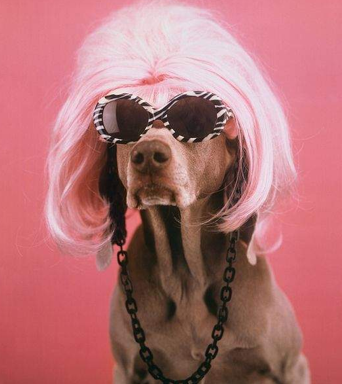 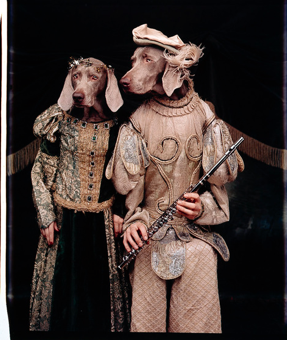 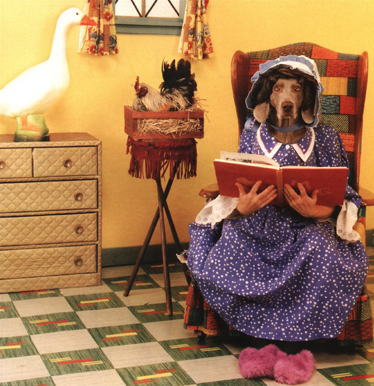 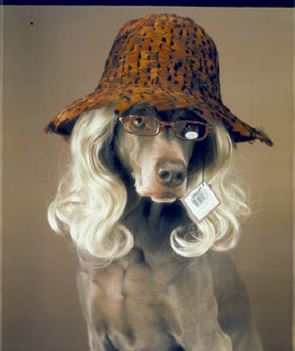 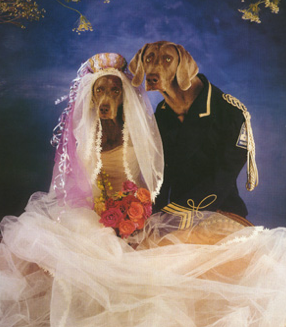 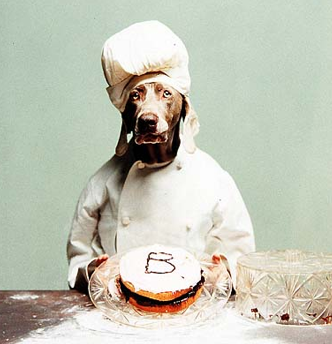 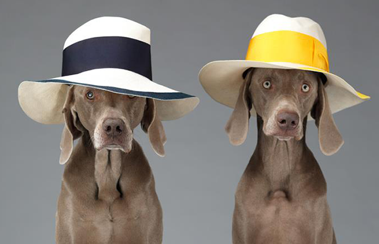 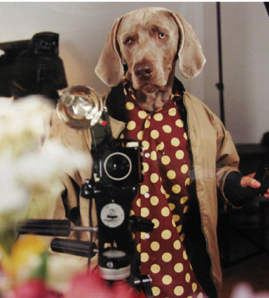 Also worth noting - at times - Wegman has strayed from anthropomorphizing his Weimaraners to artistically blending them into a landscape. Here they appear like rocks on a beach. 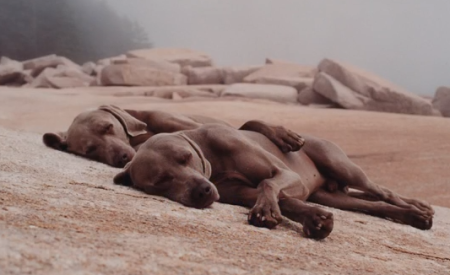 If you're interest in Wegman's photos, they range from $6,000 apiece for the his latest Polaroids to $20,000 for the earlier ones of Man Ray. If that's too rich for your blood, you might want to consider picking up his 2014 Calendar priced under $14, just in time for the holidays! 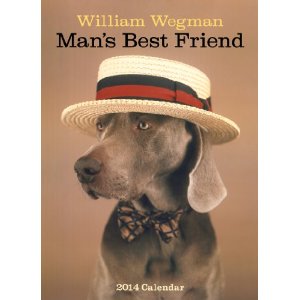 This Dog is Not Allowed on the Bed -- The Happy Animal Video of the Day!!!
Comments