Anteater Bug Vacuum Doesn't Suck Unless You're An Insect

I spied one of the neighbor's kids outside one morning holding an anteater by the tail, which is something you don't see every day. Times are changing however, and the Uncle Milton Nat Geo Wild Anteater Bug Vacuum is the perfect example. 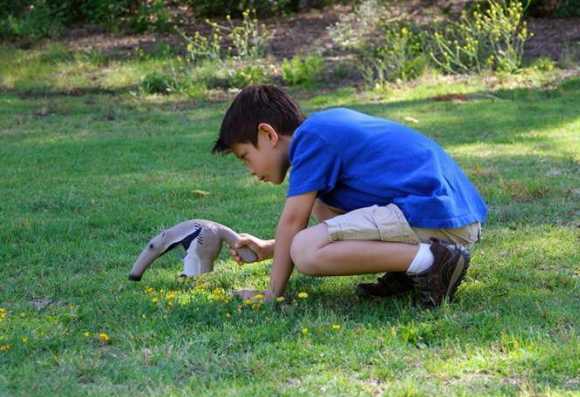 The concept of a “bug vacuum” isn't exactly new, even for anteaters, but outfitting a bug vacuum with an anteater-shaped case is so obvious it's a wonder it hasn't been thought of before. Well wonder no more: not only does the Uncle Milton Nat Geo Wild Anteater Bug Vacuum look like an anteater, it's fitted with a removable clear plastic compartment in its belly. Curious kids can eyeball what they've vacuumed without, say, getting their eyeballs scratched, bitten or stung by the annoyed vacuumees. 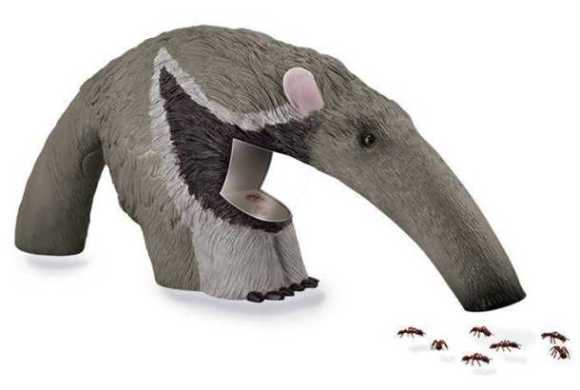 One caveat expressed by more than a few buyers in the product's review section at Amazon.com is that it “didn't work” after the batteries were installed. The problem seems to be the plastic battery compartment and its fit (or lack thereof) around the batteries. The fix appears to be quick, easy and effective however. Just FYI, y'know. You can order your very own Uncle Milton Nat Geo Wild Anteater Bug Vacuum from Amazon.com.

The Japanese Toy Dog, Oshikko Inu, Pees In The House
GoPro Dog! The POV Animal Video Of The Day!!!
The Weekly Buzz! Pigeons Detect Breast Cancer, Beer For A Cause, Bugs For Brunch, Best Holiday Gift, And More