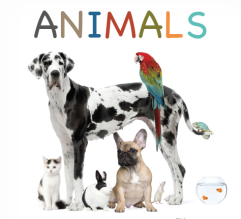 Summer is the perfect time to get your ‘read on'! Whether you’re off to a lazy day at the beach, a picnic or just lounging at the pool, there’s nothing better than having a good book to pass the time in the summer sun. For animal lovers [adults and children], it's an extra special treat when that book is about some of your favorite pets and animals. So here’s a list of old classics interspersed with some new releases that also have earned early public acclaim.

The Call of the Wild by Jack London is probably one of my old-time favorite books from my childhood. But I found a

second read as an adult was just as gratifying, and gave me a whole insight into this unique tale of survival. This is London’s quintessential work about how one of man's best friends had to face the harsh realities of an outdoor environment he was not unaccustomed to. This book follows the life of Buck, a pet dog that was kidnapped to re-purpose him as a sled dog. What he faces is abuse and violence at the hands of humans and other dogs. The treatment is unfathomable, but underscores the central theme of book, which points to the need of Buck returning to his animalistic instincts in order to survive.

Alex & Me by Irene M. Pepperberg is a remarkable true story for those who prefer non-fiction. It follows the

extraordinary bond that grew between psychologist Irene M. Pepperberg and Alex, an African Grey parrot. Her interactive research with this bird marked new biological terrain as it disproved the accepted wisdom of our times. For all the naysayers who thought parrots were more mimics that thinkers, Pepperberg delineates how Alex had not only an astonishing ability to communicate, but also the cognitive insight to interpret and understand complex ideas. This book has continued to appear on bestseller lists for over 7 years since it was first published in 2009.

Watershed Down by Richard Adams is another bestseller. In fact, this timeless classic has been popular for

more than forty years. The story is set in England's Downs, a once idyllic pastoral rural region of Britain. The plot is a stirring tale of adventure, courage, and survival. It follows a band of very savvy rabbits who have to flee from the intrusion of man and the certain destruction of their habitat. Led by a stouthearted pair of brothers, these rabbits journey forth from their native Sandleford Warren through the harrowing trials posed by predators and adversaries, to a mysterious promised land and a more perfect society. This intriguing tale underscores the circle of life and nature’s balance.

H is for Hawk by Helen MacDonald can be found on more than 25 non-traditional ’best books of the year’ lists,

including Time, NPR, O, The Oprah Magazine, Vogue and Vanity Fair. This is a story about adopting and raising one of nature's most natural-born predators. Fierce and feral, the raptor's temperament mirrors Helen's own state of grief after the loss of her father, and together they form a remarkable bond. As a result, she "discovers the pain and beauty of being alive.” H Is for Hawk is a “genre-defying debut from one of our most unique and transcendent voices.” according to an Amazon book reviewer.

Now, readers it’s up to you. What books about animals or pets would you recommend as enticing summer reading this year? Comment below and include links. All suggestions are welcome.